Before the American Le Mans Series there was the IMSA GT Championship and, for sure, it’s glory days were in the 70s and 80s alongside the crazy super-shillouettes and GTP monsters.

Starting out in 1971 as a championship destined for GT and touring cars biased on endurance style events, the IMSA Championship soon grew in popularity and by 1975 it was so popular that, even if the 12 hours of Sebring did not took place due to the oil crisis, the crowds for the 12 hours enduro were massive.

Throughout the years the IMSA GT Championship has seen some great racing on America’s and Canada’s best road racing circuits and the cars that produced much of the spectacle were unbelievable. From Peter Gregg’s winning Porsche 911 RSR to Al Holbert’s AAGT Chevrolet Monza, all produced some of the best road racing ever and this top is dedicated to the cars that will remain in our memory forever. Of course you can and should have your own personal opinion so why not share it with us?

Throughout the years at John Greenwood’s workshop multiple wide-body C3 Corvettes were built starting with 1974. The first tub-framce chassis were built in late 1976 for the 1977 season by Protofab and raced by Greg Pickett and John Paul Sr. The cars were fast wherever they ran, but reliability issues ment that the second chassis built, #TF-002, only managed 2 podiums in IMSA GT, while the other one, owned by Greg Pickett, hardly ever raced in IMSA GT, the car being run most of the time in Trans-Am where it secured 4 victories and a second place in 1978. The Greenwood “Supervette” or “Wing Thing” as it was dubbed by Greenwood, was, in it’s time, the most advanced Corvette in the AAGT division and the fastest thing around if it did last a whole race. 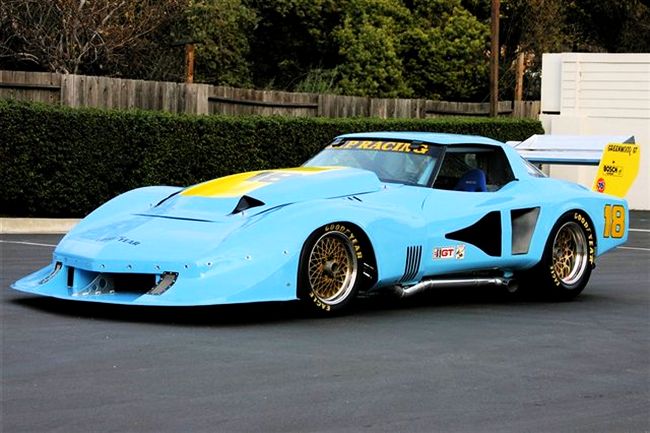 Built as a joint effort by BMW and McLaren, the 320i for the IMSA Camel GT championship debuted in 1977 and, by 1978, it could beat the all-mighty Porsche 935 in the new GTX class. Sadly, mechanical gremlins made the 320i a contender mostly for the pole position even though, when it did ran all the way, it was a serious contender for the victory. In 1977, Hobbs nailed 4 victories which resulted in a respectable 4th place in the drivers standings. In 1978, Hobbs managed to win two more races and scores another two victories in 1979 as the 935s became almost unbeatable. The IMSA BMW 320i is remembered as the car that fended of the Porsche 935 in its first two years of competition even though by 1979 it was out powered and only had the advantage of lighter weight. 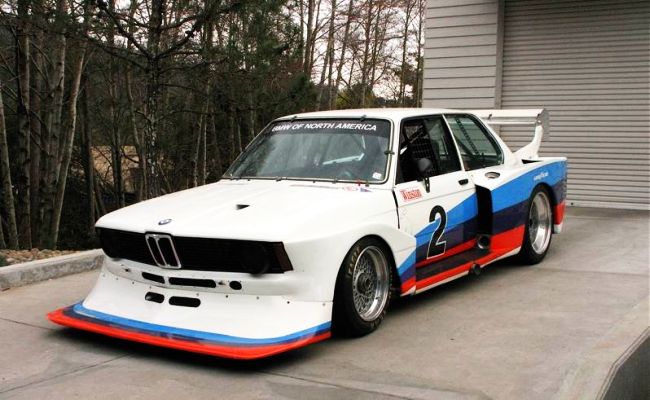 Jaguar retired from racing in the 50s but the spark was lit again in the 80s by Bob Tullius and his Group 44 team. The XJR-5 was the first GTP Jaguar to hit the track and it led eventually to a factory involvement in both IMSA and the World Endurance Championship. Debuting in 1982, the XJR-5 was fast right away against the Porsche 935 and other GTP cars in the field. It’s best season was 1983 when Bob Tullius finished second in the GTP standings, being beaten only by Al Holbert in his March 83G. The XJR-5 continued it racing career until 1985, when it was replaced by the XJR-7. By that time, the XJR-5 had won 12 times proving to be the best contender for the 962 in it’s early days of racing in IMSA. 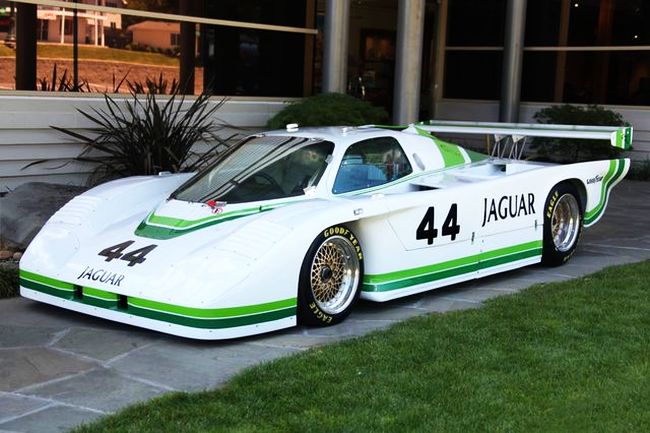 March dominated the early years of the IMSA GTP, clinching the title in 1983 and 1984. The latter was won by Blue Thunder’s 84G which won many of the races it entered in. In fact, March cars won almost every race in 1984. The 84G, a car finding it’s roots in the 82G model, was designed by Adrian Newey and was powered by numerous engines such as Porsche flat 6, Buick V6 or Chevrolet V8.  The cars’ domination was almost complete, although problems started to appear for March. Porsche, inspired by March’s success with the flat six engine, developed their own IMSA GTP car, the 962. That car put an end to March’s dominance. Even though after 1984 March was not able to cope with the Porsche’s pace, a 84G still managed to win it’s class at Le Mans in 1986. 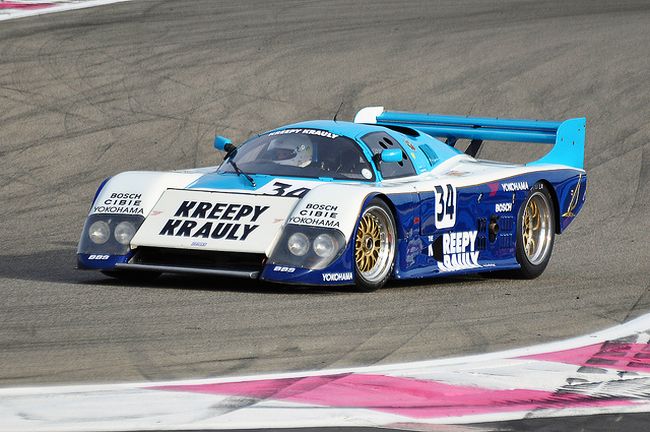 When the rulling board of the IMSA Camel GT Championship saw that the German Porsche 911s were becoming almost impossible to beat by continental entrants, they thought to create a special class only for American cars. The AAGT class cars had tub frame chassis thus being quite distant relative to the road going version but, the recipe was successful as a AAGT Chevrolet Monza won IMSA both in 1976 and in 1977. It was Holbert’s cars that took both titles. Those chassis were built by DeKon Engineering and the car’s only parts that were shared with the street version were the roof and windshield. The success of the Monza in 1977 was the last IMSA title won by an American car and the Monza kept on racing until as late as 1982 in the GTO class. 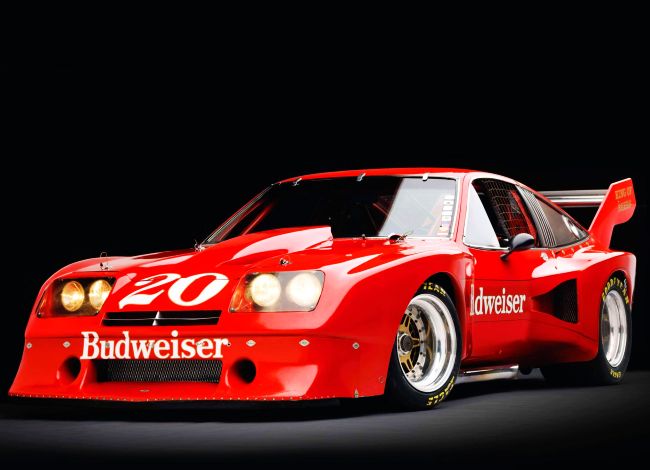 The car without which we can’t imagine the endurance world was the first car that dominated the IMSA championship. It won the series 3 times, between 1973 and 1975. It was so dominant that a special class, the AAGT tub-frame class, had to be introduced in order to stop the winning streak of the Porsche 911 RSR. From Hurley Haywood’s 1973 Daytona winner to the 1977 Escuderia Escargot Daytona winner, the 911 proved to be the car to have if you wanted a trusty race car that would get you to the finish line almost every time and would be there to clinch a top spot whenever possible. It was so good that, when Porsche started building the 935, the base was a 911 RSR and not a 934 which is considered by many as a failure even though it almost took the title in 1977. All together, the 911 RSR was the car to beat for 3 years and for 2 more years it was there to win whenever the other main guns failed to perform. 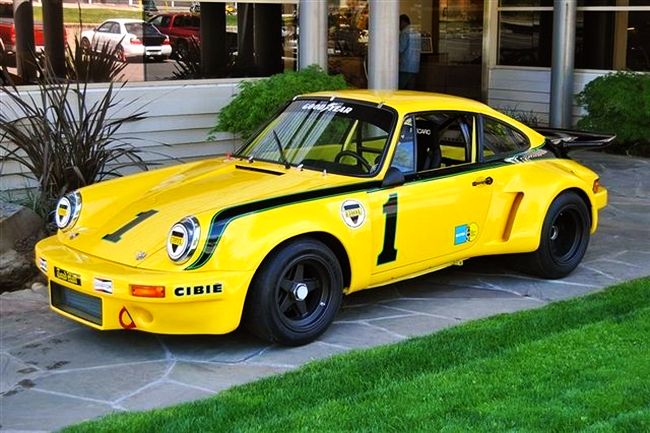 The last IMSA chassis was built by Dan Gurney’s AAR to compete in IMSA’s premier division for prototypes. It debuted in 1991 and by 1992 it was already a title contender, title which the Eagle AAR team manage to win that year. The dominance got even greater as Electromotive’s involvement with Nissans got smaller and the Eagle had pretty much no rivals. It was so dominant that the 1993 season was the last for the GTP class. Some say that it happened because Japanese cars dominated the class from 1988 all the way to it’s demise in 1993. Other suggest that the class would’ve been trashed anyway as the Group C era had it’s last stand at Le Mans in that same year. Anyway you look at it, the Eagle MKIII is one of the best IMSA GTP cars ever created and one that finally brought victories and titles to AAR’s programme in the IMSA GTP after many years collaborating with Toyota in both GTP and GTU. To make a better idea about the MKIII’s dominance you just need to look over it’s records: 19 victories in 2 years and of which 10 were 1-2 finishes. 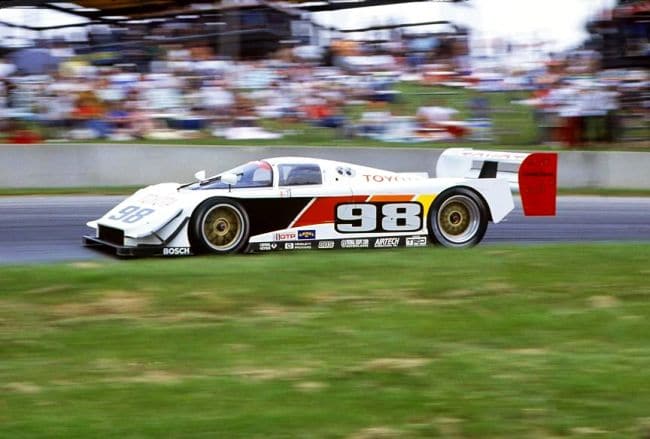 Don Devendorff’s Electromotive Engineering started preparing Lola chassis powered by Nissan engines for the IMSA GTP as early as 1985. Progress was made and, by 1987, the GTP ZX-T was fast, but unreliable and thus it only managed to win twice among many field finishes and many DNF’s. Still not discouraged by these years of mild success, the team continued their development and results started to appear in 1988. By that stage the car was a winner and Australian Geoff Brabham took the driver’s title in a GTP ZX-T, Nissan only loosing the manufacturer’s title to Porsche who fielded more 962s. 1989 was a repeated story with the add of the manufacturer’s title alongside the driver’s title again for Brabham. For 1990, Electromotive were getting ready wit the GTP ZX-T’s follower, the NPT-90. Even in those circumstances, the GTP ZX-T won that year 4 times enabling the team to clinch it’s 3rd title. All these lead to the end of Porsche’s dominance of the series and led the late Al Holbert to think that the 962 was an obsolete car and that it should be replaced by a Porsche open-cockpit customer prototype, a project that, in the end, transformed into what it is known as the Kremer K8. 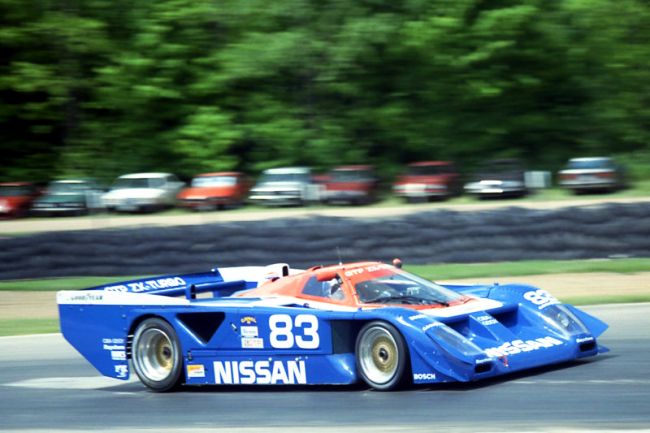 When Porsche’s turbo super-sillhouettes first showed up in IMSA, in 1977, they were mesmerizing and managed to clinch a couple of victories even though they weren’t elgibile for points that season. They debuted in 1978 in a new class, the IMSA GTX, a more liberal class for turbo sillhouette GT cars. In this class the 935s rose to dominate the championship in such a way that, if you wanted to have a chance at winning in IMSA in the late 70s to early 80s, you had to have a 935. They won everywhere as they had some of the most reliable turbos in the field and by far the best season for the 935 was 1978. In that year, Brumos’ Peter Gregg won 9 races in his 935/77 and clinched the title in a never-before-seen fashion. 935s also took the title in 1979, 1980, 1981 and 1982. These cars raced until the mid 80s with fabcar bodies that hardly resembled the original 935. It was for sure the most extreme GT car ever made and the one that pushed the bounderies the farthest and because of that it was such a successful machine. 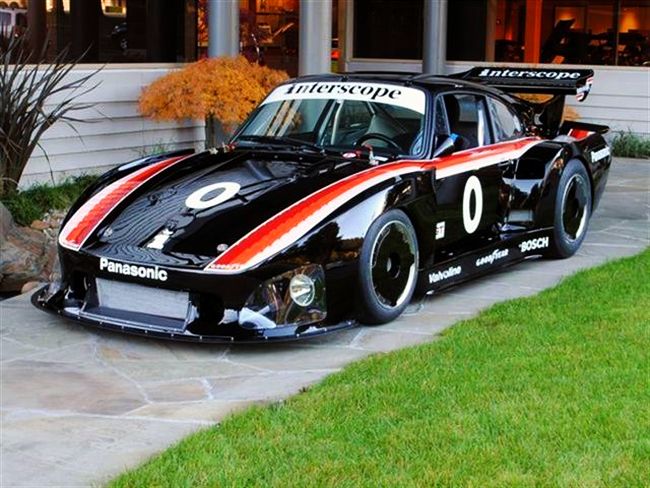 Porsche wanted to enter their own car in the IMSA GTP and, as they couldn’t enter the 956 because of the tehnical regulations imposed by IMSA, they built the 962. It’s first race was Daytona in 1984 and even though it wasn’t able to go too long into the race it did make an impression on everyone around. From that point on, the 962 evolved and it started winning as soon as late 1984. It’s first IMSA title came in 1985 with Holbert’s already classic Lowenbrau car. That was the 3rd customer chassis built by Porsche, #103, and it helped the team win the 1986 title too. For that season, Holbert Racind debuted it’s own 962, HR01, built in Al Holbert’s workshop from Porsche supplied parts. The car was dominant driven by drivers like Derek Bell, John Andretti, Al Unser Jr. and Al Holbert himself. Holbert’s team won at Daytona with the #103 in 1986 and 1987 but in that year they weren’t able to take the title due to the high level of competition between the top teams running 962s. 1987 was the last year dominated by the 962 but the car continued to run until 1993 with big wins such as Daytona 1989 and 1991, even though the car felt somewhat obsolete as early as 1988, as Al Holbert predicted before his death in Columbus. Thus, Porsche only managed to clinch the manufacturer’s title just because the 962s out numbered the Nissans. Overall, the 962 remains one of the most successful sportscars ever and, in IMSA, cars like the ones ran by Al Holbert, Bob Akin or Rob Dyson are now classics and are remembered by fans as “part of the golden era”. 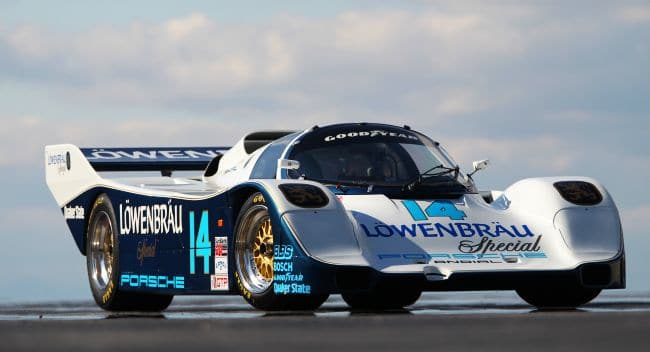