No other low and sleek looking luxury coupe had such a major impact in the NASCAR series as the Hudson Hornet. With its revolutionary “step down” design and low center of gravity, the Hornet was of an unique appearence and functionality in the 50’s.

Good handling, stylish looks and room for six passengers sold almost 50,000 units for the Detroit based factory in its debut year of 1951. The same year brought Hudson the first NASCAR Championship as two more were to follow immediately.

After 60 years, “The Fabulous Hudson Hornet” is still alive in the minds of racing enthusiasts. The legacy will endure throughout history thanks to the three titles won with Herb Thomas, Marshall Teague and Tim Flock behind the steering wheel, after crushing all competition. 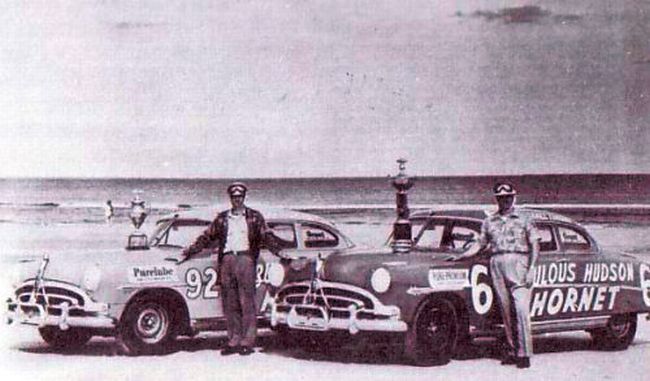 Hudson was USA’s first automobile manufacturer to get involved in stock car racing, making it viable at the same time. The powerful dual carburetion (Twin H) 308 cubic inches engine and low center of gravity made it look perfect for racing in an era otherwise highlighted by the revolutionary V8’s from Oldsmobile and Cadillac.

Race car driver Marshall Teague, who would become synonymous with Hornet’s performance in the 50′, approached Hudson by traveling to Michigan and visiting their plant. Commonly known as “King of the Beach”, Teague played a major role in tuning Hudson’s inline six-cylinder powerplant to its maximum stock capability, thus giving birth to the “The Fabulous Hudson Hornet”. 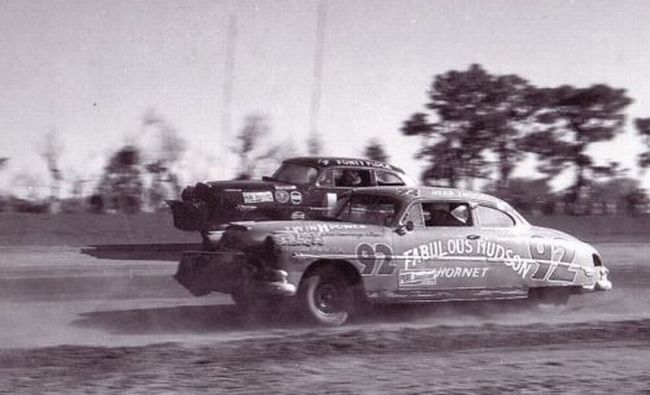 With the help of his crew chief, Smokey Yunick, Teague won 27 of 34 races in major stock car events, including seven NASCAR victories. But Hornet’s success in NASCAR includes two other names from the era: Tim Flock and Herb Thomas. The two have won the three consecutive titles for Hudson, dominating the race track from 1951 to 1953 and even 1954. In his “Fabulous Hudson Hornet”, Herb Thomas became the first two-time series champion in history.

Retired from racing only to become a legend, the “Fabulous Hudson Hornet” still stands out as the champion from a time “when stock car racers actually raced stock cars”.