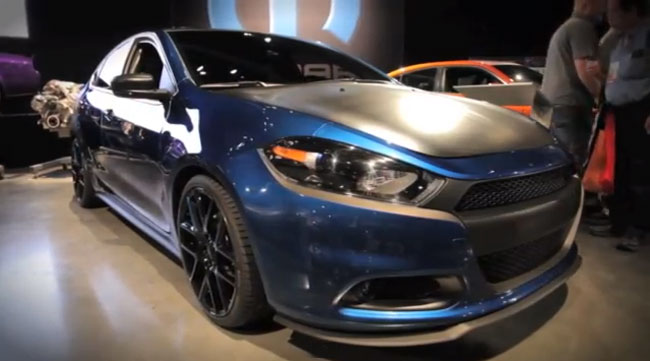 Earlier in 2012, Dodge introduced the Dart as a re-entry into the Compact segment. And before the car even went on sale, Mopar announced a series of parts to take your Dart from drab to fab. Let’s take a quick look at what they presented at the 2012 SEMA Show in Las Vegas yesterday and you decide whether they’re for you or not. And love ’em or hate ’em, you just might find yourself being pleasantly surprised with the versatility they offer.

If there’s one take-away message from these cars, it’s that Dodge wants you to customize your Dart. From the 2013 Dart GTS 210 Tribute Car we saw back in Chicago earlier this year, to the three concept cars Dodge brought to the 2012 SEMA Show, it’s obvious that the Dart is determined to be one versatile vehicle.

And be sure to watch this car news in video form!