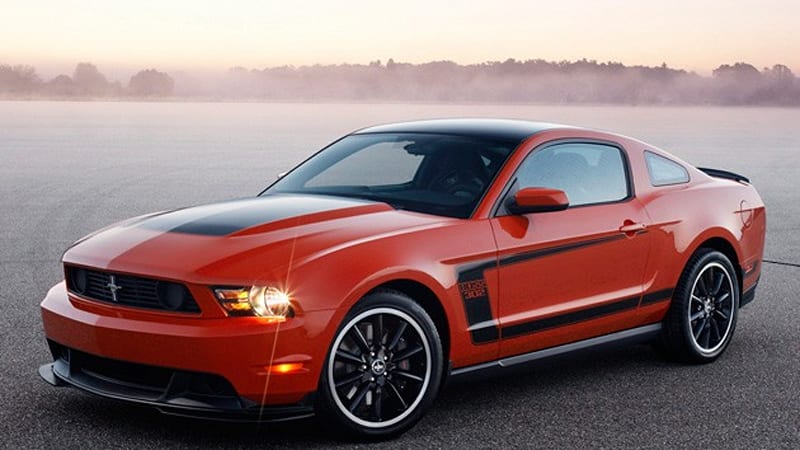 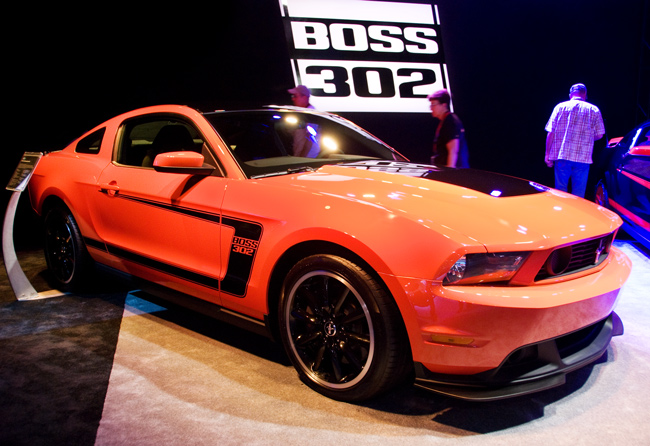 On Friday of the 2010 SEMA Show, Ford unveiled for the first time the production 2012 Mustang Boss 302 complete with a video introduction from Edsel Ford. Boasting 440 horsepower, the ’12 Boss 302 will offer major power gains over the standard 5.0 model. While the Boss 302R race car has been widely available, the 2010 SEMA unveil was the first the public has seen of the much-anticipated ground-pounding ‘Stang. In his statement, Edsel Ford proclaimed that the 2012 Mustang Boss 302 is the “quickest, best-handling straight-production Mustang ever offered by Ford.” That’s quite a statement! He also said it’s a “racecar with a license plate.”

Just like the ’69 Boss 302 color choices will be Kona Blue, Performance White, Yellow Blaze, Competition Orange, or Race Red. These are contrasted with white or black C-stripes and matching roof.

Find a wide variety of Mustangs for sale at great prices today!