As soon as the Bronco was released, Bill Stroppe began exploiting its newfound capabilities to his racing advantage. It didn’t take long until Stroppe Broncos had won both the Baja 500 and 1000. In order to capitalize on that success, Ford released the limited edition 1971 Baja Bronco, a replica of the Stroppe race vehicle. 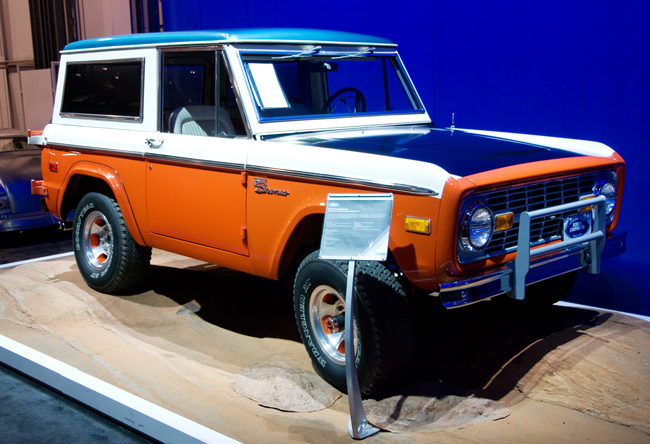 First ordered through a Ford dealership and then completed by Bill Stroppe and his crew in California, the finished product was then delivered back to the ordering dealer for presentation to the buyer. According to BajaBronco.com, “Stroppe converted the early Baja Broncos to Saginaw (Chevy) power steering and installed a C4 automatic transmission and trans cooler.” In fact, In ’71 and ’72, the only way to buy a Bronco with automatic transmission and power steering was to order a Baja Bronco from Stroppe Motorsports.