After months of teasers, trailers and spy shots, the 2014 Chevrolet Corvette was finally revealed at the Detroit Auto Show.

America’s most venerated sports car has returned in sharpened new clothes, bearing the legendary Stingray name for the first time in 46 years.

While it looks evolutionary, the new C7 Corvette has been re-engineered or updated in every aspect. The revolutionary part comes in with a new interior and modern electronics throughout the car for the first time.

And now let’s have a look at the highlights:

The new Corvette is obviously far more different that the C6 generation, thanks, in the first place, to its more angular looks. The front end tells us this is a pure Corvette, but the detailed HID headlamps and hood “spill” a somewhat new aesthetical definition. 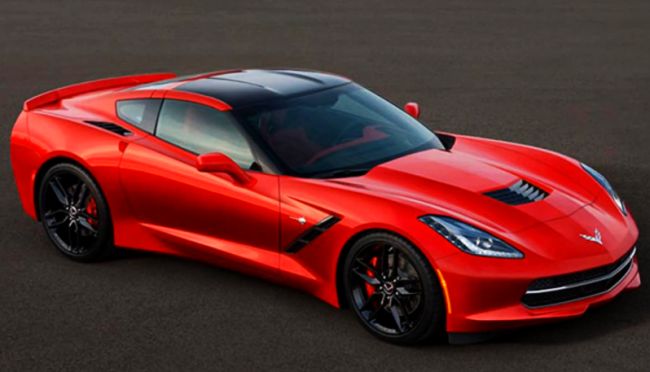 Things start to change a bit more as the view moves by the profile and onto the rear end. Chevy decided to install a secondary side window, for the first time since 1962, and air intakes on the top of the rear fenders. 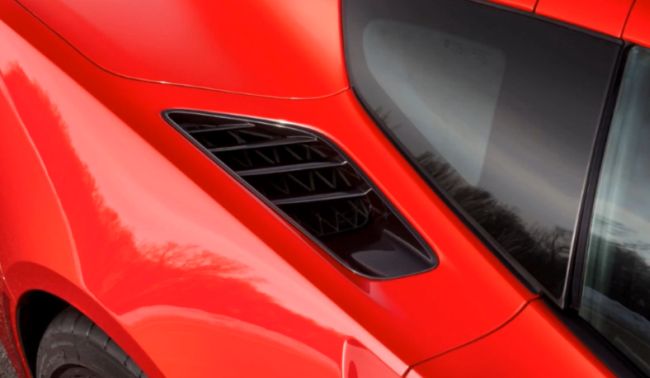 The rear end is a totally different story. More angular, without the round lenses, and with new vents and a blacked-out bumper, the rear end will obviously raise some controversy in terms of design. 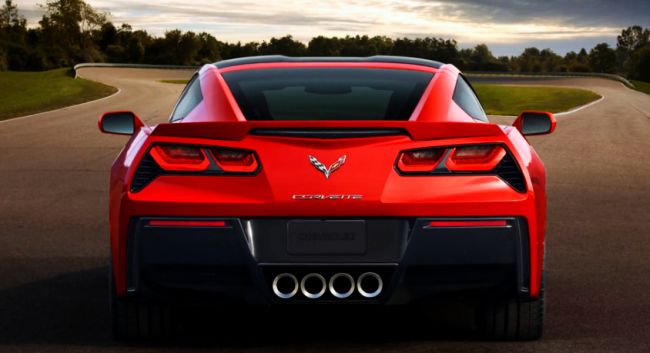 We’ll throw the glove and say that the rear end, combined with the new side window, almost looks like the one of a Nissan GT-R. But according to Chevy, we are talking about racing-proven aerodynamics that balance low drag for efficiency and performance elements for improved stability and track capability. 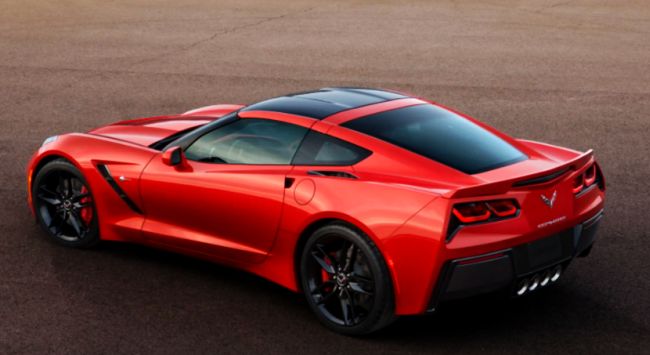 “For the new Corvette to be called a Stingray, it had to deliver an incredible, purposeful visual impact – just as the original did in 1963”, said Tom Peters, exterior design director. “That visual impact is evident in fighter jets and the Stingray animal itself. Their beauty comes from their purpose, designed to cut through air or water as quickly and efficiently as possible. As with aircraft and living forms, every transition on every surface of the Corvette Stingray serves a purpose executed with beauty and proportion.”

The 2014 Corvette Stingray is the most powerful standard model ever, with an estimated 450 horsepower and 450 lb.-ft. of torque and it’s said to accelerate from 0-60 in less than four seconds and achieve more than 1g in cornering grip. The new aluminum 6.2-liter V8 uses direct fuel injection and cylinder cutoff technology and it comes with either a six-speed automatic or seven-speed manual transmission with active rev matching. It is expected to be the most fuel-efficient Corvette, exceeding the EPA-estimated 26 mpg of the current model. 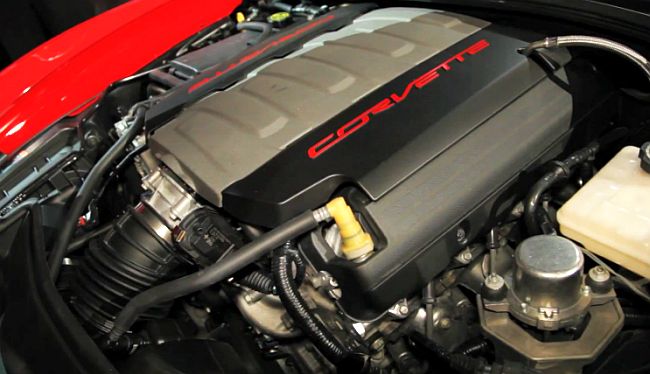 “We believe the Corvette represents the future of modern performance cars because it delivers more power, more driving excitement and better fuel efficiency”, said Tadge Juechter, Corvette chief engineer. “The result is better performance by every measure. The 2014 Corvette delivers the fastest acceleration, the most cornering grip, the most track capability, the best braking performance and what we expect to be the best fuel economy ever for a standard Corvette.”

Racing technology for the road

The 2014 Chevrolet Corvette is an actual race car for the road. Based on the Le Mans-winning C6.R. the C7 takes advantage of lightweight material and advanced techniques and technology. This means a new aluminum frame structure that is 57-percent stiffer and 99 pounds lighter than the current steel frame, carbon fiber hood and roof panels, lightweight sheet molded compound for the fenders, doors and rear quarter panels, and carbon-nano composite for the underbody panels (for a 37 pounds lighter body). The new LT1 V-8 engine also benefits from advanced technologies to produce more power with less fuel and comes with Active Rev Matching for more precise up and down shifts.

“Chevrolet has a long history of using racing to improve production cars, and nowhere is that more evident than with Corvette”, said Jeuchter. “We continually apply technologies and strategies developed for Corvette Racing directly to the production car. That influence can be seen in virtually every aspect of the new Corvette Stingray, from the aerodynamic design to the use of carbon fiber, to the cooling techniques and even in the brake system.” 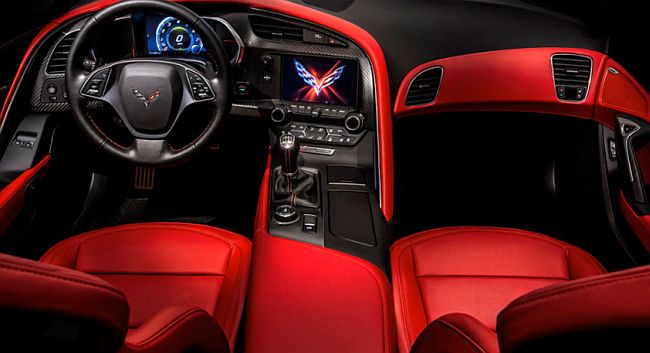 “Every feature and detail in the interior is designed to enhance the driver’s connection to the Corvette”, interior design director Helen Emsley said. “It starts with the fighter jet inspired wraparound cockpit; continues to build with the smaller steering wheel, more supportive seats, and high-definition, configurable screens, and is finished in gorgeous materials.”

It is said the new Stingray has the mission to revive Corvette interest and annual U.S. sales, which dropped to about 12,000-14,000 cars in the last four years, less than half than the number of cars sold between 2004 and 2008 and before the 2009 recession. 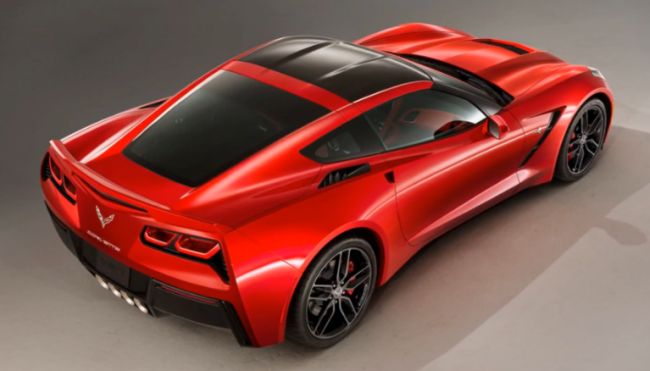 The 2014 Corvette Stingray coupe goes on sale in the third quarter of 2013.

And also don’t forget to check out the Detroit unveiling from Sunday night: