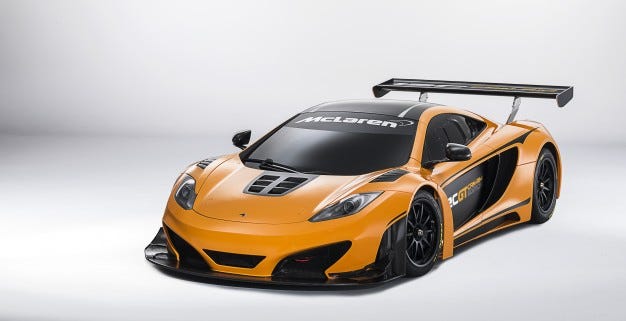 Unveiled at the Peble Beach Concours d’Elegance back in August, the McLaren MP4-12C Can-Am Edition is about to go into production.

Following the successful premiere of the one-off design study at an exclusive event ahead of the 2012 United States Grand Prix in Austin, Texas, McLaren has confirmed plans for a limited production run of the track-focused 12C GT Can-Am Edition.

Designed to pay homage to McLaren‘s success in the Can-Am Series during the 1960s (with drivers like Bruce McLaren, Denny Hulme and Peter Revson) the MP4-12C Can-Am Edition receives an upgraded 3.8-liter twin-turbo V8 rated at 630 horse power (30 hp more than the standard version). 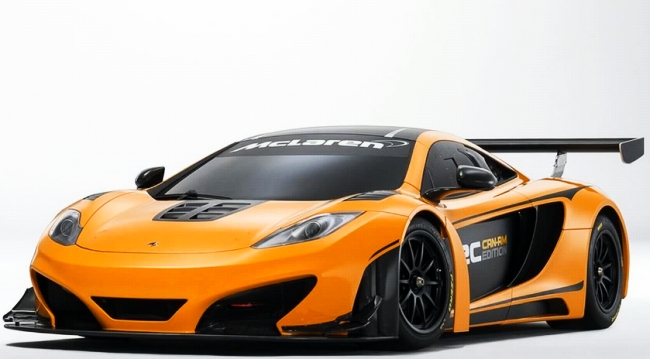 “The limited edition track-special pays tribute to Bruce McLaren and Denny Hulme who successfully raced a series of McLaren models in the Can-Am series, claiming a string of championships between them for Bruce McLaren Racing”, stated McLaren, in a press release.

Aerodynamic changes, engine-cover vents and side air intakes set it apart from the GT3-class race car and the orange color reminds us even more of the great Chevy powered McLarens that won five consecutive Can-Am seasons. 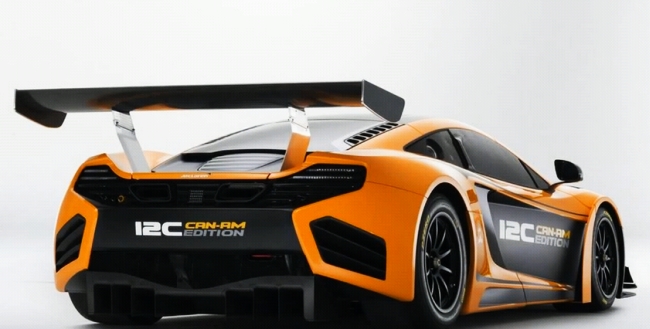 Sharing the same carbon fibre MonoCell chassis as the 12C and 12C Spider, the 12C Can-Am Edition is also fitted with a full race-specification rollcage. Inside the cockpit are two black race seats, complete with full six-point harnesses, and a unique McLaren GT steering wheel. The shape and grip of the steering wheel is derived from the McLaren MP4-24 Formula 1 car. An integrated motorsport air conditioning system is incorporated into the bespoke lightweight carbon fibre dashboard. 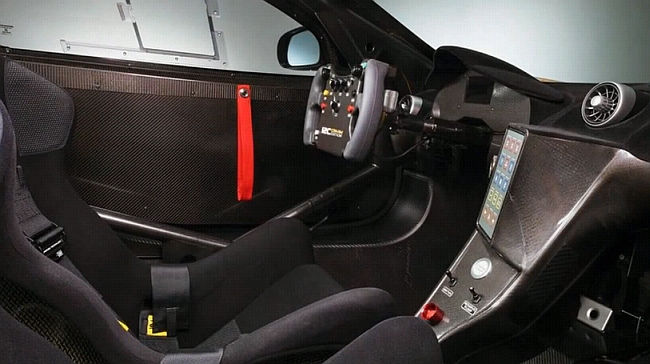 “The 12C Can-Am Edition concept shown at Pebble Beach earlier this year was purely that, a one-off design study. However, the reaction and response following the unveil was remarkable. It is a real testament to the performance and results of the McLaren GT customer teams this year, still only in the debut competitive season, that there is such a strong demand for this type of track-day special”, said Andrew Kirkaldy, Managing Director of McLaren GT.

“The Can-Am name holds significant historical provenance for the McLaren brand, and those early racing cars of Bruce McLaren and Denny Hulme were truly incredible machines. To be able to produce this unshackled limited edition version of the 12C, I think is a fantastic way to resurrect a glorious chapter in the company’s past”, added Kirkaldy.

Watch below a video with the McLaren MP4-12C Can-Am Edition from the Pebble Beach Concours d’Elegance.

McLaren was among the first manufacturers to join the new Canadian-American Challenge Cup in 1966. Bruce McLaren took the third position at the end of the season in the McLaren M1B, while Chris Amon only managed a sixth place. Things changed for McLaren in 1967, as Bruce and Hulme dominated the series, with the first being crowned winner at the end.  It was Hulme’s turn to win in 1968 with the M8A, while Bruce McLaren came back on top next year with the updated M8B. Hulme came back and won the championship for the second time with the M8D in 1970. McLaren’s fifth consecutive and final Can-Am title belonged to Peter Revson and his M8F. McLaren’s dominance was over after 1971, the next two years being dominated by Porsche. 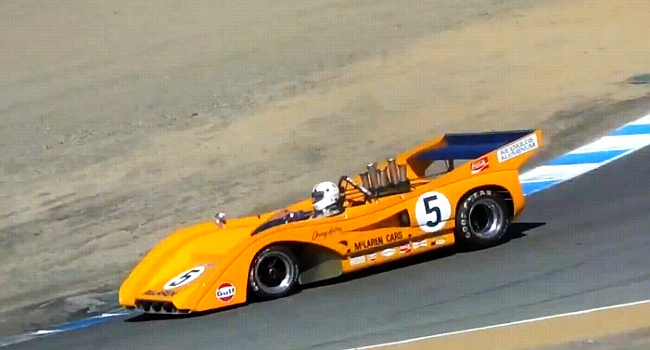