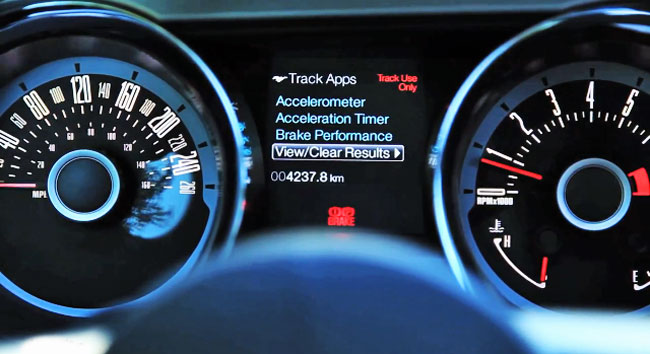 Year-after-year Ford decides to do something innovative with their vehicles; whether it’s under the hood, or interior/exterior design and styling. For 2013 and the Mustang, it’s no different! Ford has introduced this new technology called Track Apps within the dashboard that essentially turns you into a race car driver and returns corresponding data back to you. Only two things are required to have fun with the apps – a track and a 2013 Ford Mustang Shelby GT500!

Ford claims it’s the most powerful production V8 available. Acceleration from 0-60 is a miniscule 3.7 seconds with 200 mph being the published maximum speed. This baby gives you 662hp @ 6500 RPM as well as 632 lb.-ft. of torque at 4000 RPM. All this while maintaining its Road Ruler status for the daily commute and the weekend track.

Alright, let’s talk Track Apps! The screen is located on the dashboard between the tachometer and speedometer and is accessed by the 5-way switch on the steering wheel. Having this functionality would normally require a good deal of external equipment but Ford has taken that out of the equation and made it easy to transform the 2013 Shelby Mustang GT500 into a toy whenever you so desire. 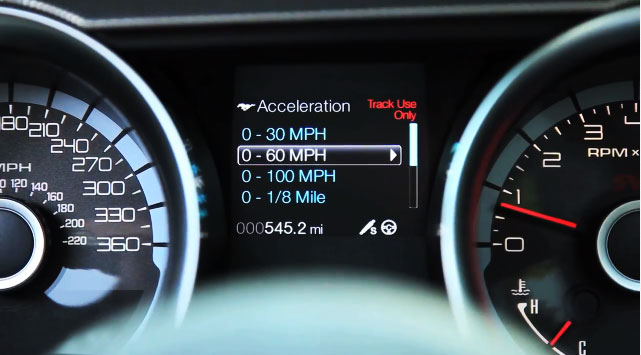 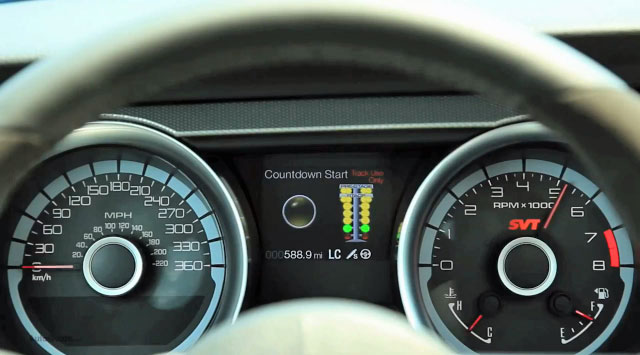 What makes the experience even more vivid is the ability to have either an Automatic or Countodown Start with the drag racing start light. It’s downright awesome to have your own Christmas Tree on board! And once we hit the desired speed, the system instantly gives results of the elapsed time. 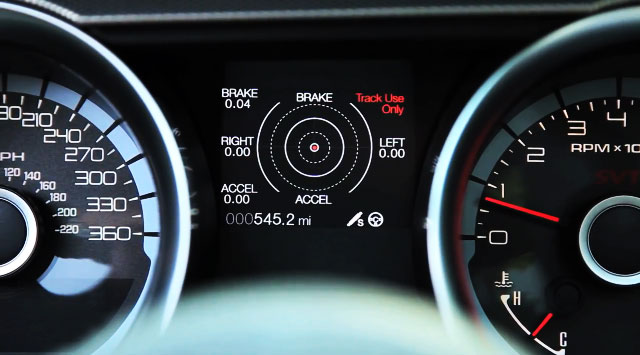 Next up is the accelerometer which measures the G-force the car is pulling from left-to-right. It’s a great aid to help keep your car on the right track and gripping. 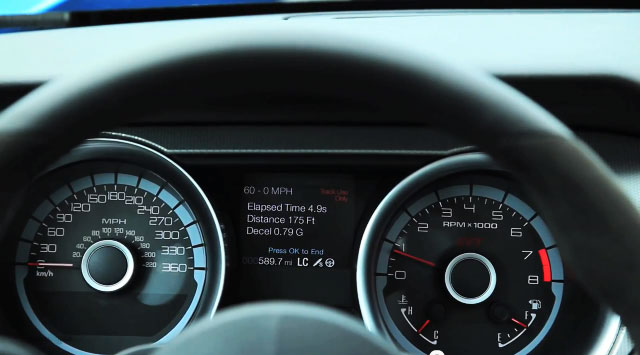 My favorite is the Brake Performance App. It simply and accurately displays stopping time and distance for specified speeds of either 60-0 MPH or 100-0 MPH. Stopping this monster is no easy feat! 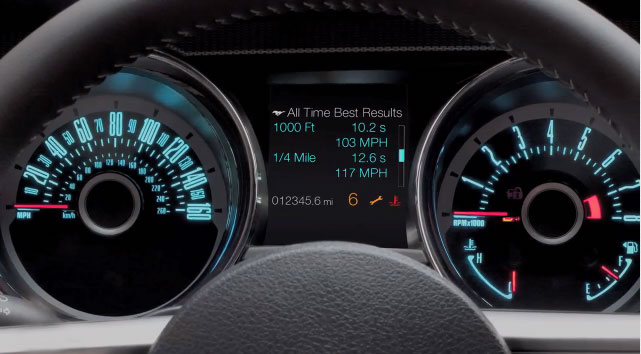 Last but not least is the Results App and what I love about this is that you can view your Top Times, including your Alltime Bests from Acceleration and Braking Performance. It’s the instrument that you can use to gloat! The key is get better at driving your 2013 Ford Shelby Mustang GT500 and with this app, you’re going to do that whether you’re a true racer or just a commuter.

One last thing while we’re talking fun ‘n games. The new Mustang has Launch Control which helps you cleanly break away at 3000 or 4000 RPM with the push of a button.

Mustang owners asked for a little more out of their cars and Ford listened. Just like the Shelby Mustang GT500, Track Apps is allot of fun to use, but should be used on a track. Speed freaks and geeks like us will find it very easy to use and whether or not it makes you a better driver and racer is totally up to you!