Ford’s electrification strategy seems to be firing on all cylinders. First, the Ford Focus Electric Vehicle (EV) and now this, the 2013 Ford C-MAX Hybrid! It’s a hybrid-only model set to take on the Toyota Prius V. Can it compete? We recently spent some time with this all-new Hybrid model and will help you answer that very question with our in-depth review and comparison. Let’s see how they stack up. 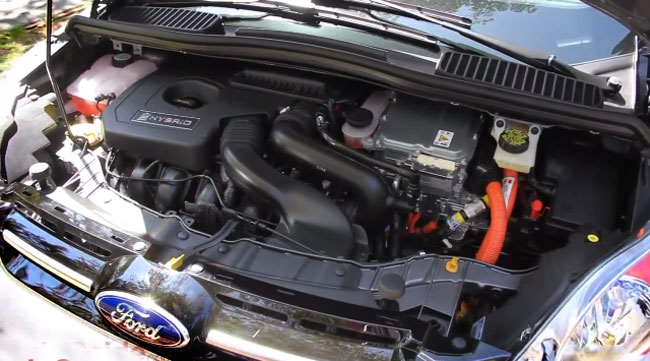 The 2013 Ford C-MAX Hybrid has 50 hp more in total than the Toyota Prius V – and while that certainly makes it peppier, it won’t exactly roar away at the lights but it’s nice to know that a hybrid does have that extra kick. The 2.0L 1-4 hybrid electric powerplant produces 188 hp and transfers that power to the pavement using a CVT transmission. That makes for an ultra-smooth drive and helps with the most important factor of all: fuel efficiency. You’ll attain 47/47 MPG city/hwy. 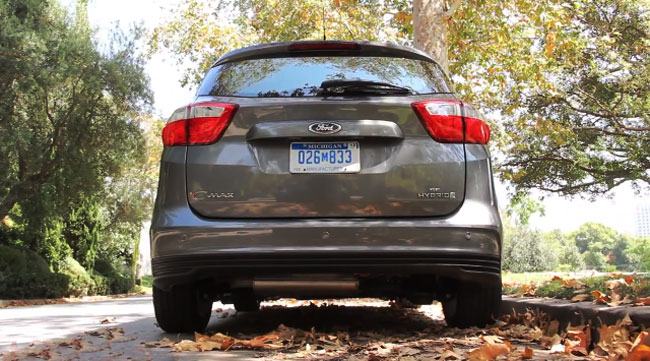 Ride quality is a tad bit stiff and sporty with an almost European feel. Uphill the 2013 Ford C-MAX Hybrid almost runs out of breath, forcing the driver to push it when climbs are approaching (not at all unusual for any hybrid vehicle) but the wide open spaces are quite enjoyable. 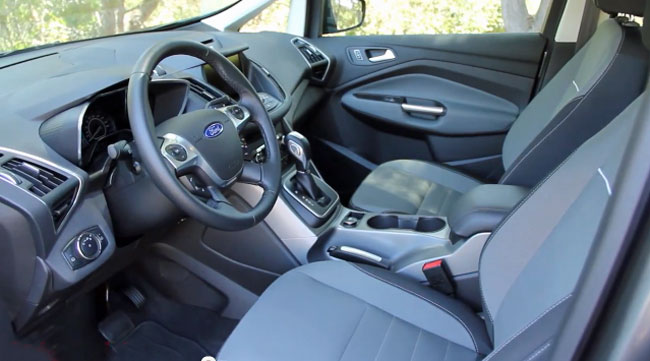 Interior space is quite nice with not only ample headroom but plenty of area to move your shoulders around as well. 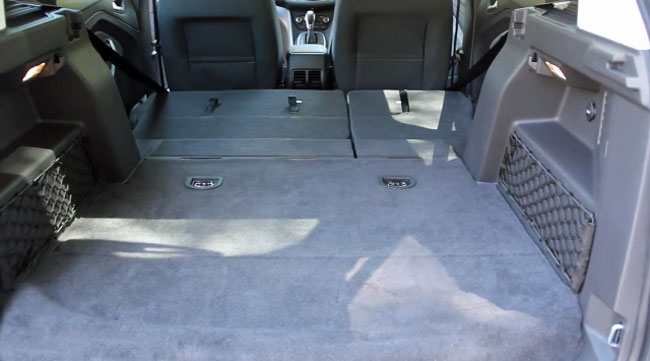 You’ll also have plenty of room in the back seats and cargo/trunk area to introduce your friends to the 2013 Ford C-MAX Hybrid without them having to complain at all!

One of the most innovative features of the 2013 Ford C-MAX Hybrid is the EcoCruise cruise control setting which dials in very precise settings to ensure the most fuel efficient ride possible. 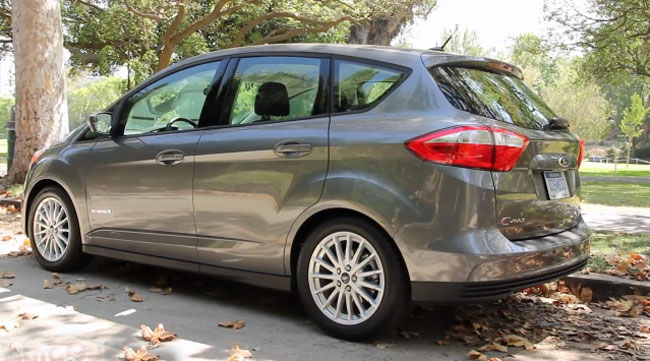 Another cool feature is the lift gate. Imagine you’re loaded down and your hands are full. All you need to do is walk up to the back and do a quick kicking motion and the trunk opens allowing you to load your stuff and take off without even removing the key from your pocket.

Of course being a Ford product, the 2013 Ford C-MAX Hybrid features the MyFord Touch touchscreen. Ford has now introduced redundant buttons and knobs in addition to the slide and touch controls of the touchscreen for climate and stereo so that you’re not forced to tap or slide if it’s uncomfortable to do so while on the road. 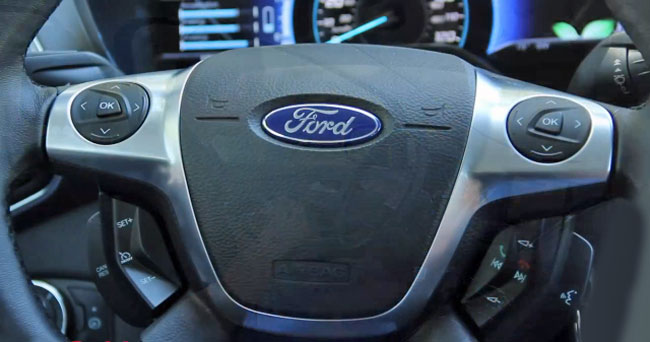 We discovered a couple of ergonomic issues that bothered us a little. First, the trunk release is hidden behind the gear shift and until you find it and get accustomed to its location you’ll be confounded. Also, the 2013 Ford C-MAX Hybrid’s steering wheel has a ton of buttons; too many in fact. It’s distracting to have two directional pads, two paddles on opposite sides (one to engage cruise control and one to set voice activation) then the cruise settings, volume and stereo settings, as well as phone controls. 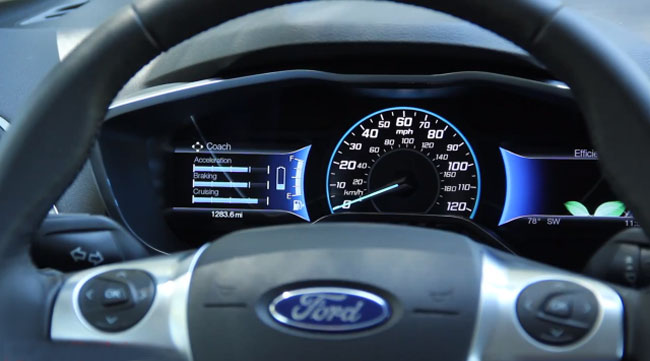 Those complaints aside, one of the things Ford definitely got right is the information cluster within the dash. As with other cars featuring the MyFord Touch system, the car boasts a couple of bright, gorgeous LCD displays to the left and right of the speedometer. The 2013 Ford C-MAX Hybrid has a unique “Efficieny Leaf” on the right side which shows you just how “green” you’re driving based on the particular number of leaves you have on the screen. On the left side you have a Driving Coach that instructs you on traveling the furthest on a single tank of gas.

From the outside, the 2013 Ford C-MAX Hybrid looks allot like a grown up Focus. That’s because it shares the same platform as well as kinetic design language. 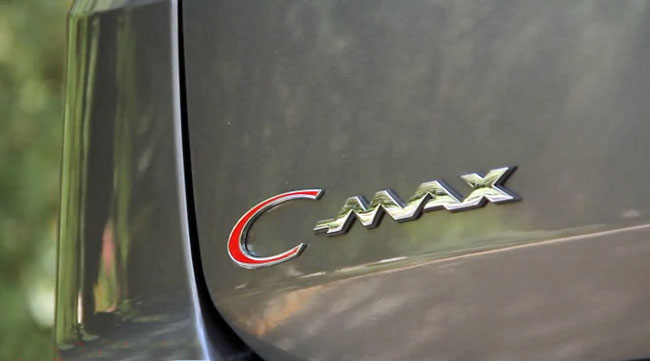 The numbers all come in favor of the 2013 Ford C-MAX Hybrid over the Toyota Prius V. It definitely has measurably more power, higher fuel efficiency, more usable technology, more room and at the same time, much cheaper (starting at $25,200)! The only thing is doesn’t have on its side is the brand recognition of the Prius. If the C-Max takes off with buyers, time will take care of that. In every way that counts, the 2013 Ford C-MAX Hybrid bests the Prius in our comparison and we think you’ll agree. Overall value comes down firmly on Ford’s side this time.

And be sure to watch this great video review of the 2013 Ford C-MAX Hybrid.