To help those affected by Hurricane Sandy cope with the natural disaster that took place this week, a number of car companies have joined the relief efforts.

While some have offered money contributions to the Red Cross for Hurricane Sandy relief, others opted for vehicle donations to aid the affected areas.

Toyota announced a $1 million contribution to the American Red Cross and other non-profit organizations, while Volkswagen donated $500.000. Both companies will also match employee contributions, as Ford stated that its own employees have collected $50.000.

The General Motors Foundation donated $250,000 to the Red Cross Disaster Responder Program, but added to the relief effort with 50 vehicles, such as Chevrolet Express cargo vans, Traverse crossover utilities and Tahoe full-size SUVs. They’ve also included 300 OnStar Hands-Free calling minutes, a month of turn-by-turn navigation, and a three-month subscription to the Directions and Connections plan.

Meanwhile, Mercedes-Benz USA made a $1 million donation and encouraged its employees to volunteer in their local communities (by offering them time off from work) and to donate individually. BMW, the other German manufacturer present in North America, has pledged $1 million to the American Red Cross. BMW of North America is headquartered in Woodcliff Lake, New Jersey, one of the areas hit hard by the hurricane.

Fisker Automotive joined the efforts by turning its 3.2-million-square-foot Wilmington assembly plant into a staging area for rescue utility trucks and repair crews. Mazda North America Operations was one of the latest car manufacturers to join in with a donation of $100,000 to the Red Cross for Hurricane Sandy relief, plus grants to the Flemington Area Food Pantry and The Food Bank Network of Somerset County for $5,000 each. Mazda will also assist current customers in the areas impacted by Hurricane Sandy by automatically waiving late fees on MCS auto loans and lease.

Other car companies offered to help those that need to replace their flooded vehicles. Nissan North America has announced that it will offer employee pricing and discounted financing on Nissan and Infiniti vehicles, through January 2, 2013, to drivers whose cars were lost or destroyed during Hurricane Sandy. Ford also jumped in with a similar program, offering a $500 discount on new vehicles and allowing current owners to skip a few payments.

The Hurricane Sandy death toll has passed 90 in the United States as residents and rescue workers on the East Coast continue the clean-up operation after the storm. Furthermore, 4.5 million people in more than 12 states are still without power. In New York, where the Sunday marathon was cancelled, about 5,500 people are still living in shelters. It’s now estimated the storm could cost the U.S. $50 billion, more than double than earlier estimates.

The American Red Cross has launched one of its biggest ever appeals with thousands of Red Cross disaster workers currently operating tirelessly to provide aid and shelter. The Red Cross’ Charley Shimanski says a prime focus has been “ramping up a massive feeding operation to get hot meals to people in places such as Long Island, Manhattan, Staten Island and New Jersey.”

Hurricane Sandy’s toll in the Caribbean amounts to at least 69 dead, most of them in Haiti and Cuba, and thousands homeless.

And here’s a footage from New Jersey with the Hurricane Sandy aftermath. 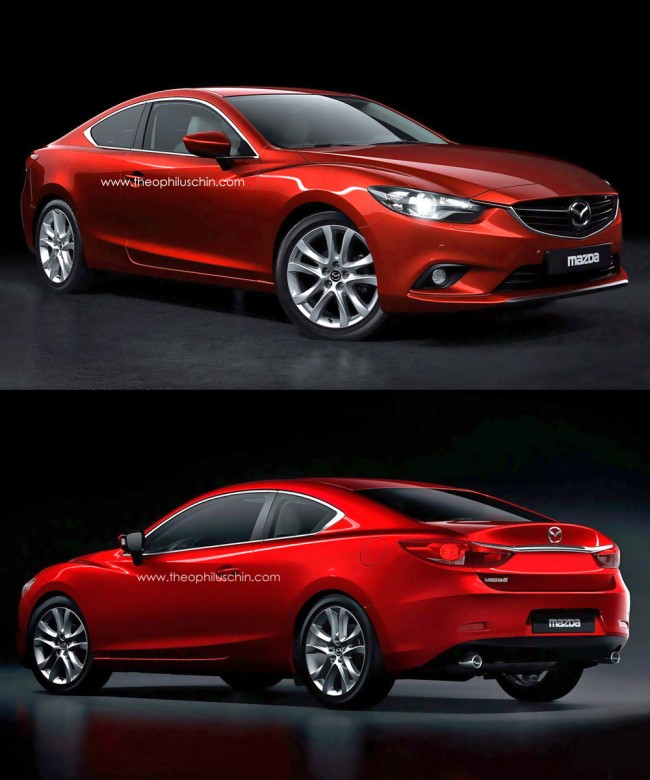 As reported by Autocar, Mazda company reps are stating that a sporty, four-seat coupe version of the Mazda 6 is being considered. Could these rumors from the Moscow Auto Show have basis in fact? “There is no decision, but I would love to make one,” said Mazda’s chief designer Akira Tamatani. “The first job is to make the saloon and estate, but from this position a coupe is not so far away.” While 2013 is no doubt not realistic, could we see the Mazda 6 Coupe as early as 2014? Additionally, speculation of an AWD option being brought to market has been confirmed by Mazda’s project manager as well.

This rendering comes from our friend Theophilus Chin who says “When rendering this Mazda 6 Coupe, I’ve shortened the sedan’s rear overhang. I’ve also reduced the height. The front has a smaller grill, while the rear number plate housing was moved to the bumper.”

We want to hear your opinion! Is it a Hit or Miss?