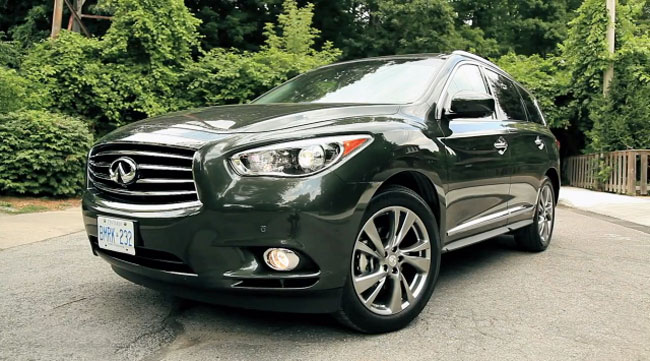 If you’re grown, kinda hip and going through that phase in your life where you want to avoid the minivan stigma, Infiniti might just have a solution for you in their brand new 2013 Infiniti JX35! It’s a three-row, luxurious mid-sized crossover with a heavy dose of tech features, sporty styling and a very practical price with loads of value. Some might think that’s a somewhat watered-down Infiniti, but not so fast! This crossover is ready to do battle with class-leading vehicles like the Acura MDX and Audi Q7. 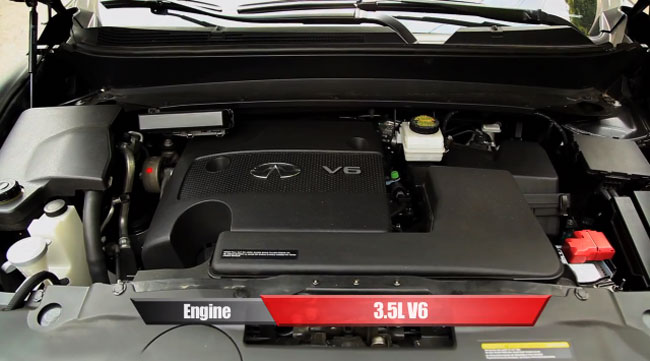 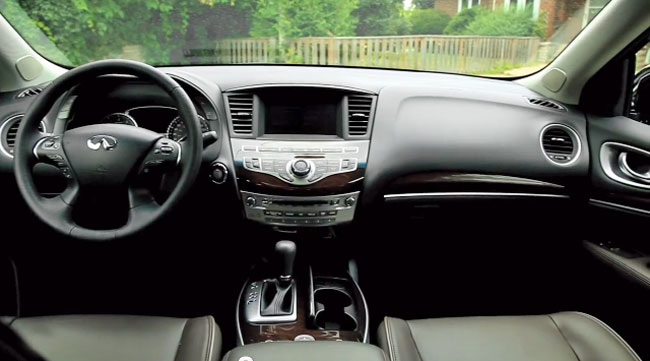 In a word, the 2013 Infiniti JX35 is luxurious. It just feels good being on the inside with extensively premium materials and leather everywhere. The design and craftsmanship are both superbly attractive.

The center console is about more than just picking your tunes, climate control and navigation. The round-view monitor as well as the backup collision system work with four independent cameras around the vehicle to ensure that backing up into even the most tight spaces is foolproof. After a series of trials, we realized that the Backup Collision Intervention system is pretty helpful with its audible and visual controls. However, when it comes to emergency braking, the vehicle will brake to assist you momentarily but then releases you, allowing the vehicle to continue to roll. So it’s entirely up to the driver to maintain control of the braking at all times to avoid hitting any objects in the rear of the vehicle.

Other neat interior features are second-row folding armrests with extra storage, the multi-mode second-row seats with third-row access and 60/40 splitting second-row seats and 50/50 splitting third row, allowing for any combination of passengers and cargo storage in the cabin and trunk area. And we love the power liftgate! 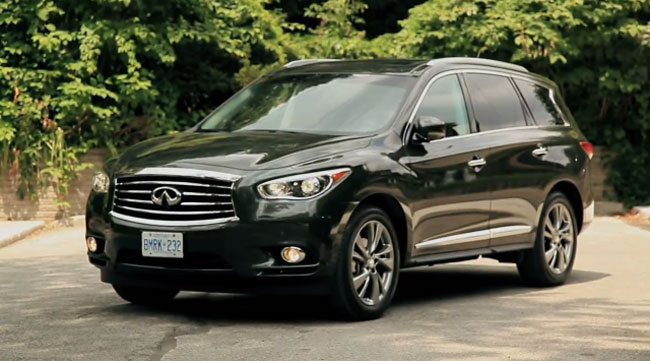 It’s obvious that Infiniti hasn’t wasted any money or time on the design of the all-new 2013 Infiniti JX35; retaining typical Infiniti styling with an even more bold, brash new design. 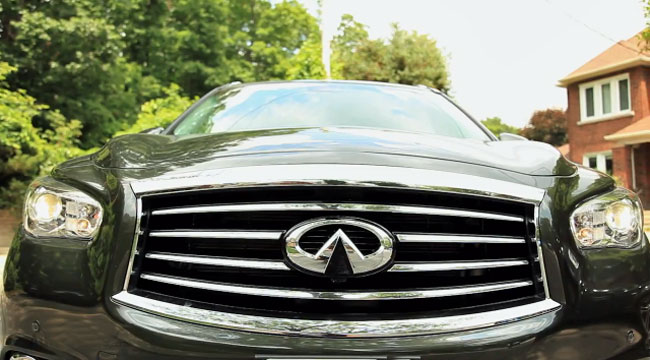 The grille is nicely rounded and if you look closely at the emblem, you’ll see the front directional camera. 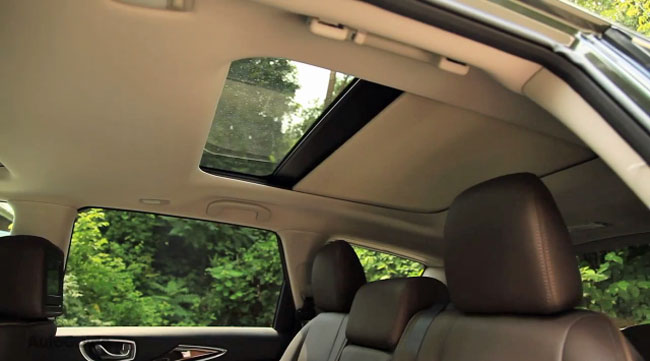 The designers of the 2013 Infiniti JX35 have also given consideration to the passengers of the third row seating. They’ve created a moonroof and two side windows for them, allowing for an additional measure of hospitality and space. It guarantees a less claustrophobic experience than a typical minivan or SUV for sure!

While the exterior styling is both gorgeous and impressive, when you’re behind the wheel this vehicle is a minivan so don’t be fooled. The lack of horsepower does lead to a somewhat sluggish drive but different driving modes allow you to alter that up with the twist of a knob. There’s Sport, Standard, Eco and Snow. As you would expect, Sport Mode delivers a little more power and enhances timing and Eco Mode is perfect for when you’re stuck in traffic and require better fuel economy with less fumes and emissions leaving the vehicle. Snow Mode is the only one we didn’t use as we’re enjoying the Southern California presently but common sense tells us that this is designed for safety and performance during the winter in other climes.

Early in our review we mentioned that the 2013 Infiniti JX35 comes with a healthy dose of technology and we’re sure you’ll agree, especially when you’re on the road. One of our favorite features is the Drive Control Assistant that assists your braking when coming close to another vehicle. It drops the throttle and applies the brake, allowing for a much quicker stop than normal. Don’t think you’d utilize this feature? Well, take your eyes off the road for a split second in traffic and get too close to the rear of the car in front of you and you’ll be glad you have it! We also appreciate the blind-spot intervention system which assists when making a lane change and are not aware of a vehicle next to you. The system will prevent you from making the dangerous lane change and keeps you safe; another effective safety feature which boosts your trust in the 2013 Infiniti JX35. 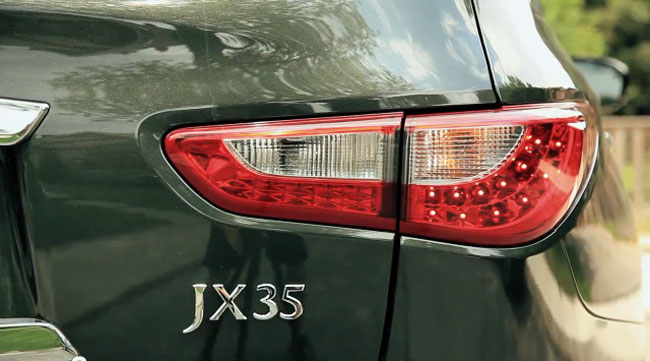 Despite its modest horsepower and less than dramatic acceleration, the 2013 Infiniti JX35 is still a great vehicle for its class. It offers good fuel numbers, the interior is luxurious and comfortable and the exterior? Refreshingly sleek! When combined with superior safety and technology features, it’s a worthy competitor to rival the BMW X5 and Lexus GX640.

If you’re interested in looking hip and youthful with the kids riding in the back, the 2013 Infiniti JX35 just might be the perfect ride for you!

And be sure to check out the video review of the 2013 Infiniti JX35!