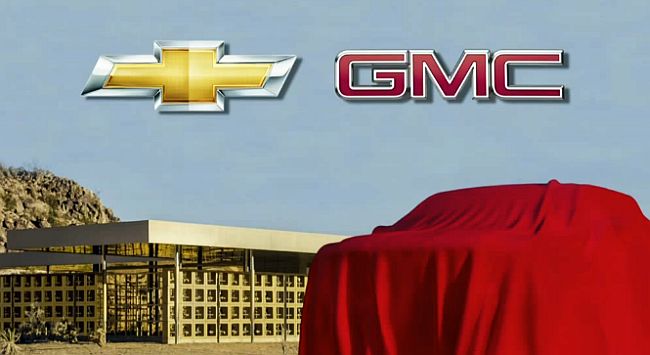 General Motors has finally revealed the all-new 2014 Chevrolet Silverado and the 2014 GMC Sierra trucks ahead of their official debut at the 2013 Detroit Auto Show.

As we can see so far, both trucks have undergone substantial updates and will receive the new 4.3-liter V6, 5.3-liter V8 and 6.2-liter V8 engines, the last one being a version of the same small-block that will be mounted under the hood of the C7 Corvette.

Engine output numbers and fuel economy info have yet to be revealed, but General Motors are claiming that the new Silverado is “engineered to be the strongest, smartest, and most capable Silverado ever”, while the 2014 GMC Sierra is supposed to be “the most powerful, most advanced and most refined truck in the brand’s 110-year history.”

On the outside, the trucks feature a few of enhancements to reduce drag and wind noise, both the Silverado and Sierra being described to have some of the quietest cabins in the class. Extended cab models will now feature front-hinged rear doors to allow easier access to the back passenger area.

The interior has also been updated by GM for both of these trucks. A new gauge cluster that features a 4.2-inch color information display has been fitted, while the option list features up to five USB ports, four 12-volt outlets, one SD card slot and the IntelliLink connectivity system displayed through a high-definition eight-inch color touchscreen interface. In addition, the 2014 Chevrolet Silverado and GMC Sierra will be available with safety add-ons like Forward Collision Alert, Lane Departure Warning and the Driver Alert Seat. 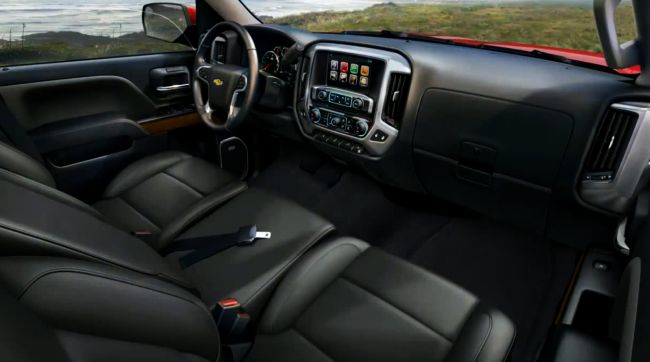 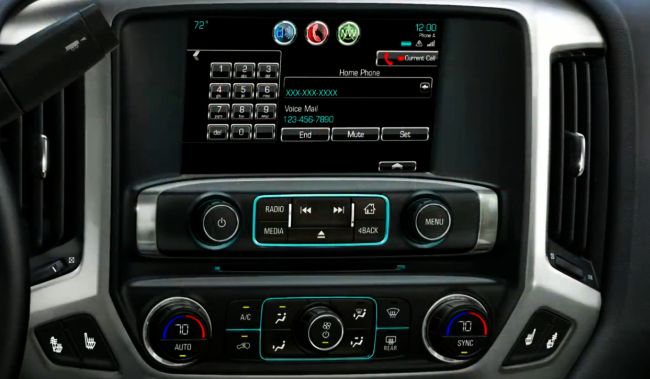 “Our customers rely on their trucks to meet the day-to-day challenges of earning a living, running a business and taking care of their families”, said Mark Reuss, president of General Motors North America. “Chevrolet is committed to giving truck customers the most-refined, best-engineered pickups in the market.”

“Don’t let the work boots fool you. Truck customers are among the most discerning and demanding in the business”, said Jeff Luke, executive chief engineer for full-size and midsize trucks. “The designers and engineers who created the new Silverado share this passion for trucks. They have built this truck – and tested it to the extremes – to give customers the right tools for the tough jobs, and they have created dozens of solutions to the challenges truck customers encounter every day.”

In addition to all-new design and technology, General Motors announced in a press statement that the 2014 Sierra also boasts the longest list of standard features ever for a full-size GMC pickup. The V6 engine is also a completely new one, as GM didn’t want to adapt a unit intended for use in passenger cars, like Ford and Chrysler did.

“Our engineers and designers left nothing on the table when developing this latest Sierra pickup”, said Tony DiSalle, vice president of GMC Marketing. “These trucks have all the power and capability that’s expected in today’s market, excellent fuel efficiency, plus a lot of unexpected, purposeful features developed with truck owners in mind.” 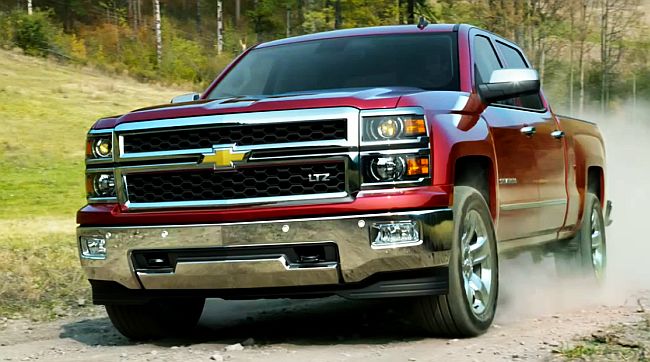 The 2014 Chevroelt Silverado and the GMC Sierra will start production in the second quarter of 2013, with other cab styles following later in the year. Pricing will be announced closer to start of sale.

Until the Detroit Auto Show, be sure to check out GM’s presentation video of the 2014 Chevy Silverado and GMC Sierra.