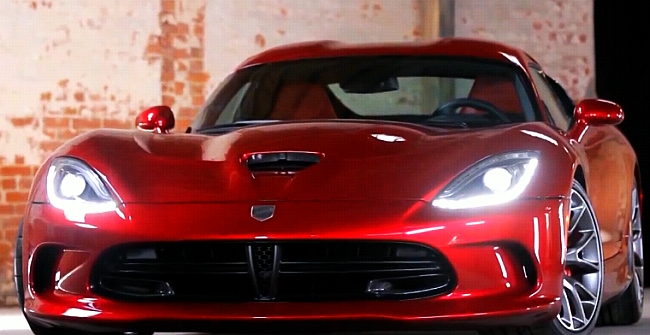 2013 SRT Viper is the fastest American production car ever made

As the production launch of the 2013 SRT Viper is getting very close, the Chrysler Group offered new information and pictures with their latest supercar.

Among the usual numbers for this kind of performance car, Chrysler also revealed that the 2013 SRT Viper will have an incredibile top speed of 206 miles per hour.

This means that the all new Viper has become the fastest American production car of all time, surpassing the Chevrolet Corvette ZR1 by just one mile per hour. Furthermore, the 2013 SRT snake now outguns cars such as the McLaren MP4-12C (205 mph), the Lamborghini Gallaros LP 570-4 Superleggera (202 mph) or the Shelby Mustang GT500 (202 mph).

The numbers leave only the Ferrari FF (208 mph), the Ferrari F12 Berlinetta (211 mph), the Lamborghini Aventador LP700 (217 mph) and the Bugatti Veyron Super Sport (268) to be faster than the SRT Viper. We should also mention that this new Chrysler beast is up for grabs for about $97,000, while its rivals in terms of maximum speed are sold for over $250.000 (and even $2,4 milion in case of the Bugatti Veyron Super Sport).

Adding to that, the Viper received better handling, craftsmanship, upgraded technology and a premium interior. Under the hood, the all new Viper features a six speed 8.4 liter V10 engine that produces 640 horsepower and 600 lb/ft of torque. The new exterior styling includes bi-xenon HID headlights, five spoke 18 inch Rattler alloy wheels up front and 19 inch alloys on the rear. 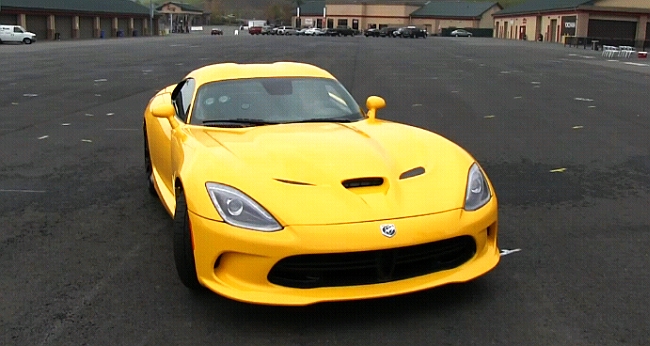 “Beyond being the flagship for the new SRT brand, the launch of the 2013 Viper proves that we simply would not let the performance icon of the Chrysler Group die. Willed to live on by a very special group of performance enthusiasts inside the company and across Viper Nation, this SRT team under our new leadership was challenged to not just continue the legendary Viper, but to create the fifth generation of our world-class supercar that would showcase the very best we have to offer.”

According to the Chrysler Group, the 2013 SRT Viper customer orders were opened on November 12, 2012.

The Viper started its life in 1992 under the Dodge badge. The first generation Viper RT/10, a roadster only version, was produced until 1995 at the New Mack Assembly in Detroit, Michigan. Production was moved at the Conner Avenue Assembly and the second generation Viper was offered starting 1996. Along with the phase two RT/10, Chrysler introduced a coupe version, named GTS.

2003 saw the introduction of the third generation (ZB) with a heavily restyled body and sharp lines. Designed by the Street and Racing Technology group, the SRT-10 Viper received a facelift in 2008 and it was taken out of production two years later, when Chrysler considered ending the Viper line altogether because of financial problems.

The Viper also received several special editions and packages, such as the GTS-R Concept, the GT2, the ACR (American Club Racing), the commemorative ACR-X, the Mopar Concept Coupe and the SRT-10 Carbon. Dodge also built a Viper based concept, the Dodge Copperhead.

The fifth generation Viper, now badged as an SRT (Street and Racing Technology) was unveiled at the 2012 New York Auto Show.