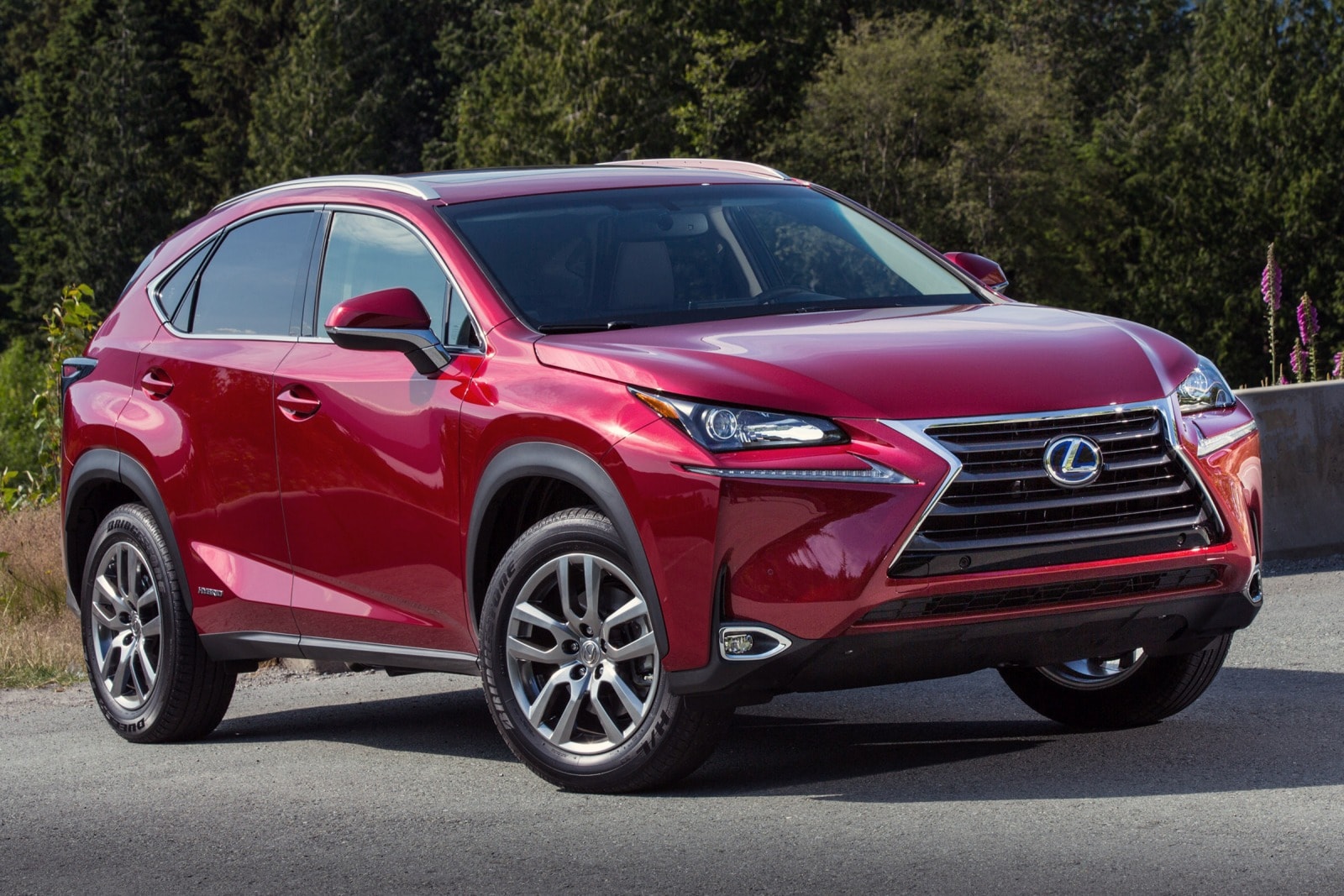 The NX 300h is Lexus’ solution to competing crossovers like the Range Rover Evoque, Acura RDX, and even the BMW X3. Helping it stand out from the competition is aggressive styling and an optional hybrid drivetrain, which none of these competitors offer, except the Audi Q5 … Will a battery pack and some electric motors suffice to launch this vehicle to the top of its class or should it be avoided like a cup of Kool-Aid in Jonestown? I don’t know about you but I’m absolutely thirsting for an answer!

You can argue whether car buyers actually care about saving fuel but what’s not up for debate is this is Lexus’ sixth hybrid model, joining the RX, CT, ES, GS and LS. Toyota is clearly committed to electrification and at first blush, this application of it certainly does not disappoint. 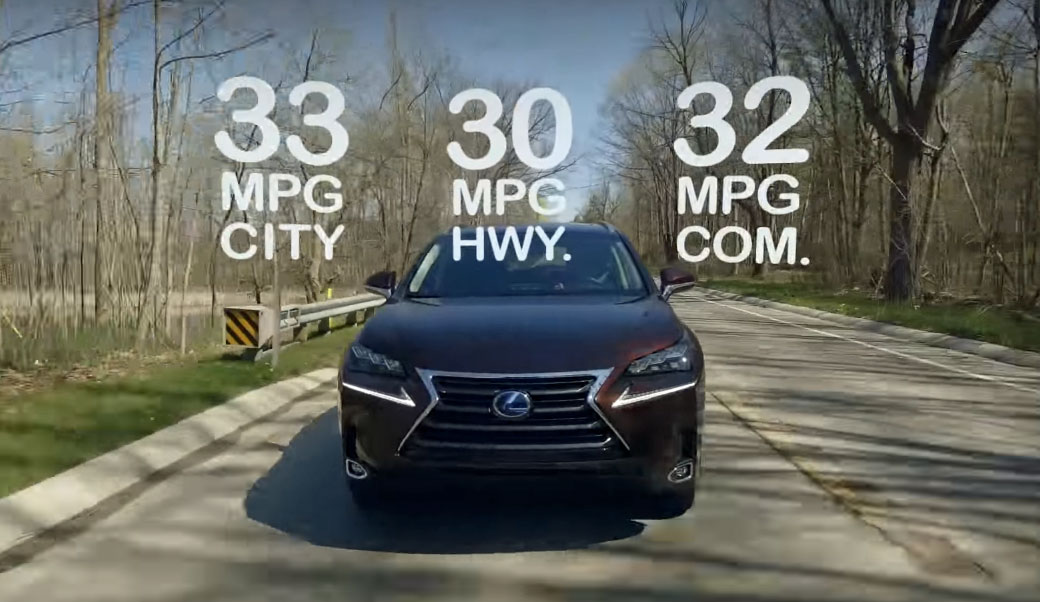 NX 300h models with optional four-wheel traction are rated at 32 mpg combined. Front-drive models are, of course, even thriftier. However, the ability to maximize every single drop of gasoline isn’t this crossover’s only virtue.

The 2016 Lexus NX 300h Hybrid is also quite roomy with about 54 cubic feet of maximum space and accessing this space is super-easy. For a little extra money the second-row backrests will power-fold down, which you can do from a convenient switch in the rear or the driver’s seat (just don’t expect a full-flat surface when you’re done).

Supposedly, the 2016 Lexus NX 300h Hybrid was designed to accommodate up to four golf bags in the back but to achieve this the back seats actually have to be lowered, which means only two passengers can ride in the cabin, leaving you a little short for your golfing foursome. But who’s counting anyway? Math is hard! 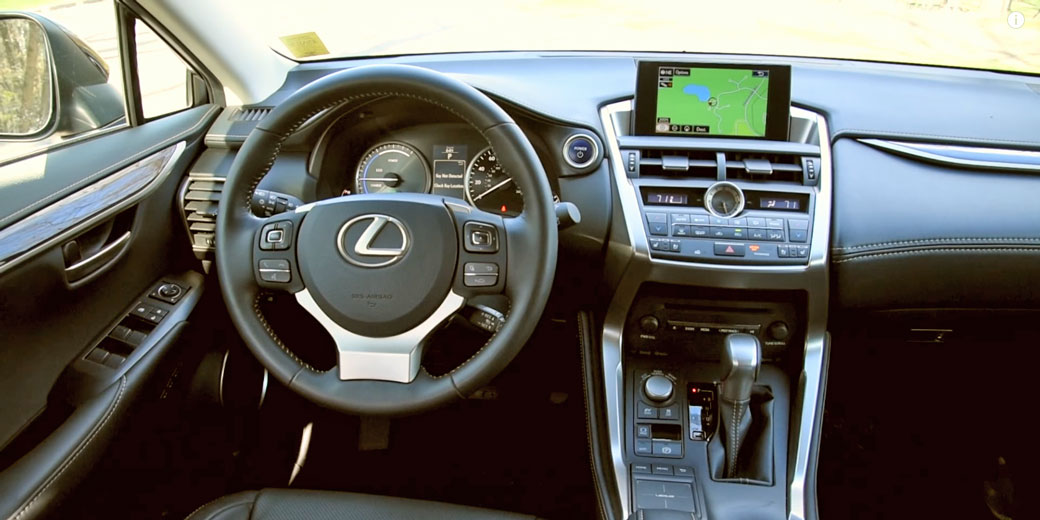 What’s easy though is keeping passengers happy because when those rear backrests are not folded the aft accommodations are downright laudable with a very comfortable cushion height plus a lot of legroom and headroom. 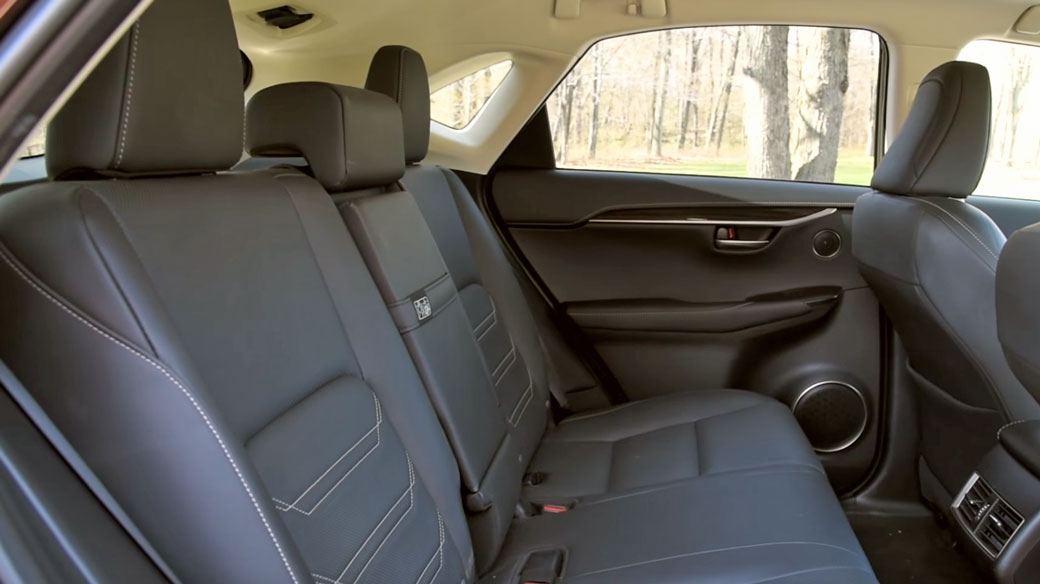 So far we’ve determined that this 2016 Lexus NX 300h Hybrid is fuel-efficient, spacious and comfortable, important attributes for any vehicle but now it’s time to discuss a couple of faults.

It’s biggest one we think is in the remote-touch interface. What exactly is the problem? Instead of a control nub found in other models, this has a small track pad that is somehow even more difficult to use; it’s challenging (at best) to click on the icons you want, plus the seven-inch screen is quite restrictive.

Easing the pain, the test model we spent time with came with a few welcome extras including all-wheel drive, blind spot monitoring and LED headlamps with automatic high-beams. You also get wireless phone charging and Apple Siri integration.

Mirroring the cushy back seats, the front buckets we found to be extremely comfortable, dramatically better in fact that the ones found in the RX crossover (which made our rear end go numb after only twenty minutes!)

While not quite as substantial-feeling as its larger sibling, the NX steering is quite a bit sportier and on-center it’s as sharp as a barber’s straight razor, almost to the point of feeling somewhat jittery. But we soon got accustomed to it and quite appreciated the responsiveness.

As for the power train, it moves this crossover at a, shall we say, measured pace. The 2016 Lexus NX 300h Hybrid will hit 60mph in about 9.1 seconds, which by today’s standards is paltry. We’d appreciate more giddy-up from the powertrain. 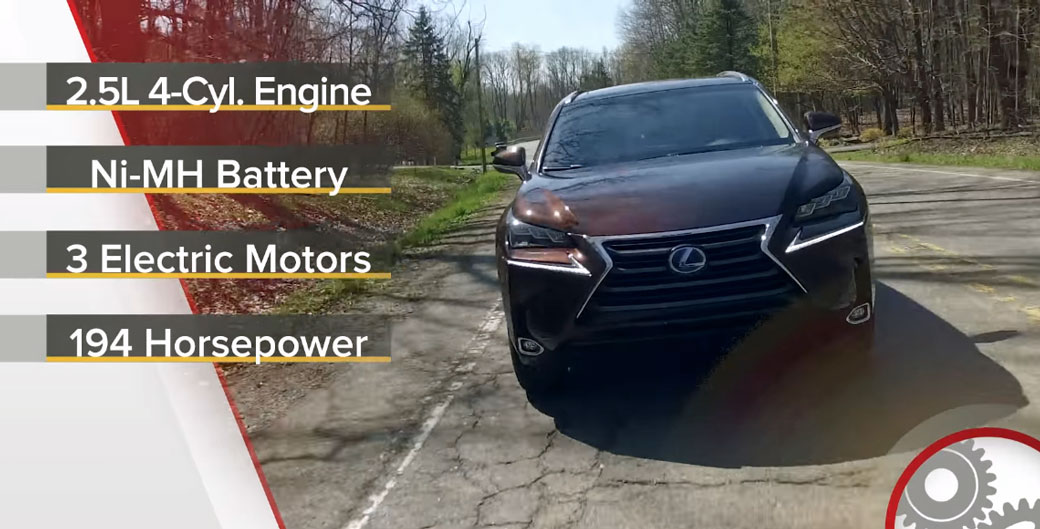 But, in all honesty, what can you expect? It only has a 2.5L Atkinson-cycle four-cylinder engine, nickel-hydride battery pack and a few electric motors. All told, this power system puts out 194 horsepower. As for torque? We have no idea as Lexus doesn’t list a figure for that on the spec sheet.

The drive modes are also offered, all accessible by a control knob on the center console. There’s Normal, Sport and Wet Blanket, sorry Eco mode. These supposedly adjust the throttle response and steering assist, though as we’ve mentioned in the past, it’s virtually impossible to denote one from another; they all feel exactly the same!

Well, as we expected, the 2016 Lexus NX 300h Hybrid is smooth and quiet in nearly every driving situation. It really is a commendable compact crossover!

However, we’re no fan of the remote-touch interface which we found to not even be remotely helpful. Additionally, apathetic acceleration and indistinguishable drive modes disappointed us.

The 2016 Lexus NX 300h Hybrid has space, style and efficiency to spare but if you want something a little bit quicker, you might want to consider a non-hybrid model but of course it’s not going to be nearly as economical. During our testing and review, we averaged better than 30 mpg, meaning it’s not thirsty at all. Frankly, neither am I after all this talk of Jonestown Kool-Aid.