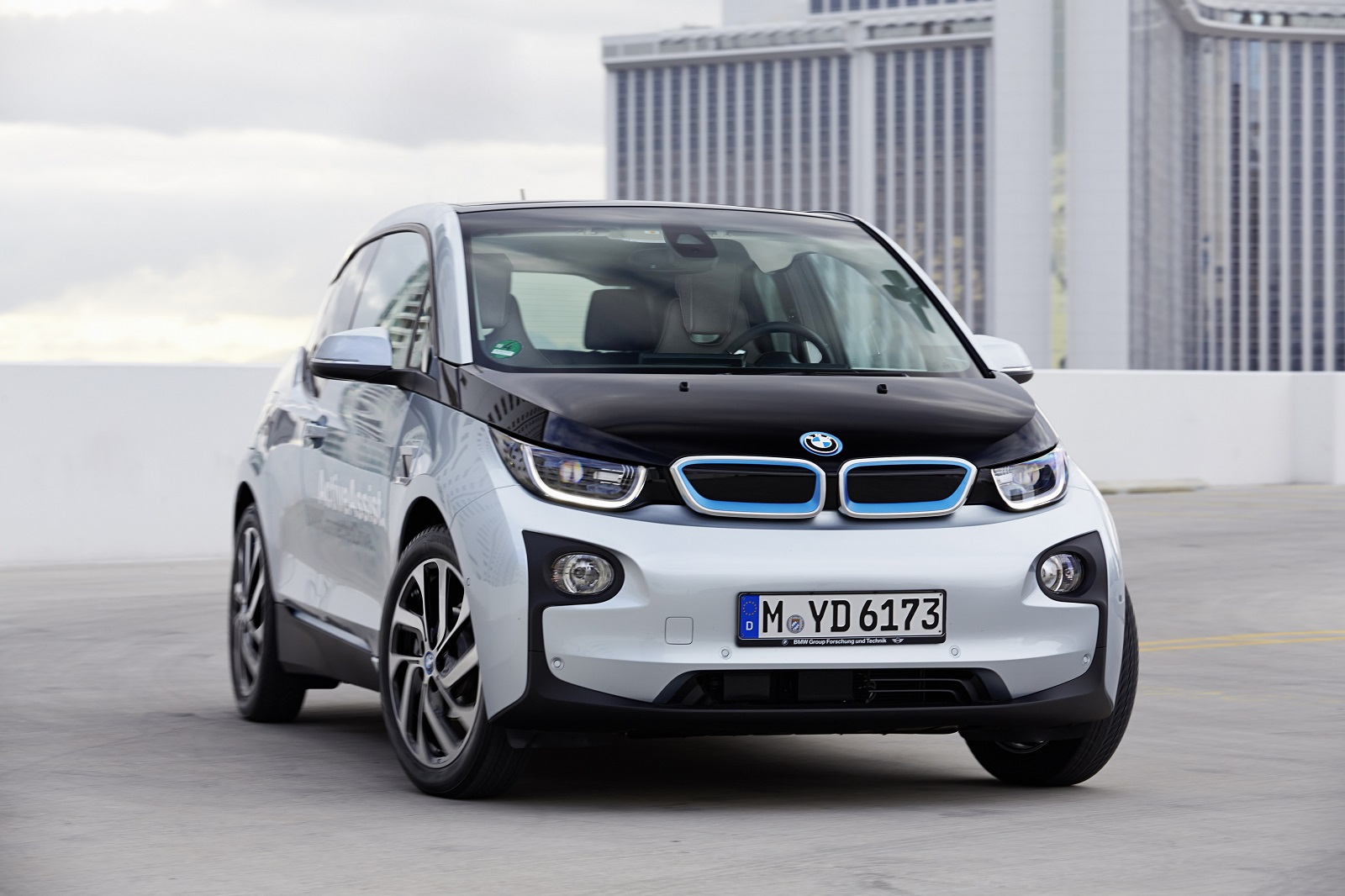 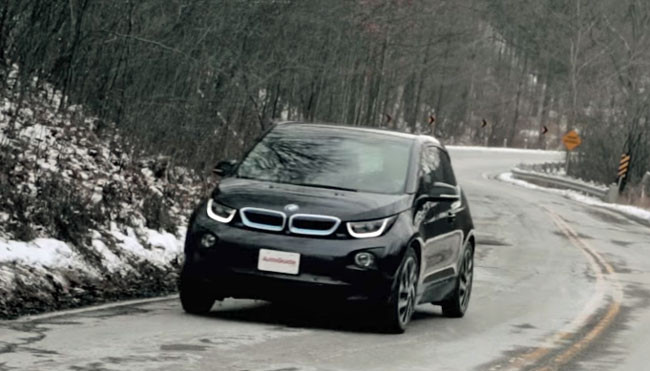 I’ve just arrived back from the future and I’m happy to report that the Cleveland Browns have won the Super Bowl, President Miley Cyrus has just been re-elected to a second term and everyone drives a car like the 2016 BMW i3. Why does that make me so happy? Because BMW certainly thought outside the box when it comes to this car, even if it does resemble a space-age box. Please spend a few minutes with us as we review this car and tell you why we.

The seating position is high and the i3 certainly garners massive attention wherever it’s seen, thanks in large part to its unique body design.

At the heart of the 2016 BMW i3 is an electric motor that produces 170 horsepower and 184 lb.-ft. of torque. With the range-extender engine installed, it weighs around 3,000 pounds. Those numbers basically put the car right on top of the Volkswagen Golf 1.8 Turbo. But the i3 is certainly nothing like a conventional car.

When you buy one that’s just all-electric, the i3 only has about 81 miles of range. When the generator is added with its additional weight the electric range falls to 72 miles but with the generator fully-fueled, BMW claims the overall range is then extended to over 150 miles. That gives the i3 more range than all the other small electric vehicles on the market (Tesla not included) and when the new Chevrolet Volt is released, it too will beat that number.

But unlike a lot of other electric cars, the 2016 BMW i3 is pretty quick! With the range-extender engine installed, it can go from 0-to-60 mph in just 7.8 seconds. If you buy an all-electric version which is lighter, you can do that in right around 7 seconds.

In the most-aggressive EcoPro Plus, the vehicle is limited to just 55 mph for optimal range, and don’t even think about using any of the climate-control features.

But make no mistake about it, the 2016 BMW i3 is an electric car. When it runs out of battery juice, BMW claims it can be charged with a standard Level 2 charger in about three hours, or with a Stage 3 rapid charger in about 20 minutes.

Still, with tires even skinnier than those found on a Mitsubishi Mirage or Smart Car, the i3 handles better than most electric cars. At least you won’t be holding up traffic on an interstate onramp!

The acceleration is acceptable and all that weight in the back gives it a good chassis balance but traction and grip from these skinny tires is anything but sporty. Yeah, it handles all right but at some point physics can’t be overcome and all grip is lost.

Being an electric car, the i3 relies significantly on its regenerative braking. When you’re driving in EcoPro or EcoPro Plus, regenerative braking goes full blast every time you take your foot off of the accelerator pedal. In fact, it engages so hard that the brake lights actually go on because the car slows down that much! While test driving the vehicle, we timed it just right and actually rolled up to a red light and came to a complete stop without every touching the brakes.

The stability control and traction control systems work hard to ensure the i3 is pointed in the correct direction at all times but despite the engine and motor weight being over the larger rear wheels, there is so much torque being generated that it’s very difficult not to spin the tires in wet or slick conditions.

Being a range-extending electric vehicle, it’s natural to draw comparisons between the 2016 BMW i3 and the Chevy Volt but they are quite different. The Volt has a much large and less-efficient gasoline engine that’s designed to give it similar range to a compact. The i3 is more of a no-compromises city electric vehicle. It’s much more like the Smart ForTwo ED, 2016 Mitsubishi i-MiEV and 2015 Fiat 500e. Yeah, it costs considerably more money but it comes more well-equipped in a larger, more livable package.

In short, the BMW i3 really could be the future of urban motoring!