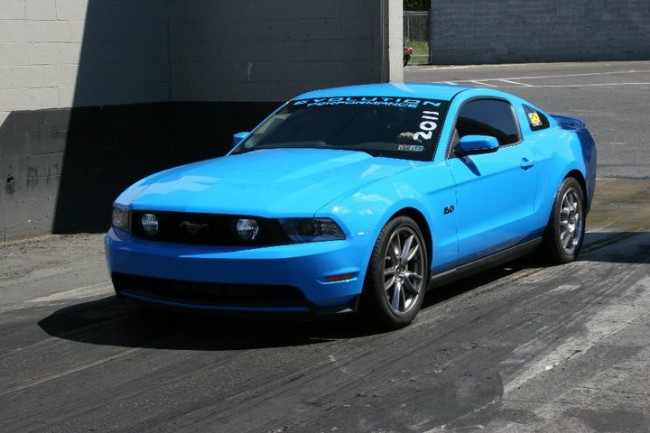 In a video just posted to YouTube, Evolution Performance of Ashton, Pennsylvania pounds some pavement in their ’11 Mustang GT (automatic transmission) as they run sub-12s in the 1/4 mile. With a set of Mickey Thompson radials bolted on, the Mustang dips into the 11’s and ultimately lays down a best of 11.91 at 117 MPH. An 11-second car with only a set of drag radials and a few bolt-on’s is quite impressive no matter where your loyalties lie. What may be even more indicative of the raw power the ’11 Stang possesses is the fact that the first few runs on the car were in completely bone stock form and we can clearly see and hear that traction through the first couple gears just isn’t really there to show the true performance of this car, netting high 12-second elapsed times and chirping the tires off the starting line.